Between January and September 2019

According to the data collected by the Regional Directorate of Statistics of Madeira from the aviculture enterprises in the Region, in the first nine months of 2019, the egg production stood at 15.0 million units, increasing by 12.7% year-on-year while the poultry meat totaled 2,344.0 tonnes, dropping by 2.6% when compared to the same period of 2018. The year-on-year change rates for the 3rd quarter 2019 for egg production and poultry meat were -4.2% and -3.8%, respectively.

Between January and September 2019, the weight of the slaughtered livestock increased by 4.5% year-on-year. The year-on-year growth for the 3rd quarter stood at +3.2%.

The data on landed catch, provided by the Regional Directorate of Fisheries, show that the volume of fish landed topped 7,274.3 tonnes, which generated 19.8 million euros in receipts. Compared to the same period last year, this represented an increase in the first nine months of 2019 of 29.1% in volume and of 34.2% in first sale receipts.

This growth was mainly driven by the contribution of the catch of tuna and tuna-like species (+44.6% in volume and +75.3% in value, compared to the same period of 2018). The second most important species - black-scabbard fish - had also an increase in volume (+3.7%), but the sales declined by 6.3% 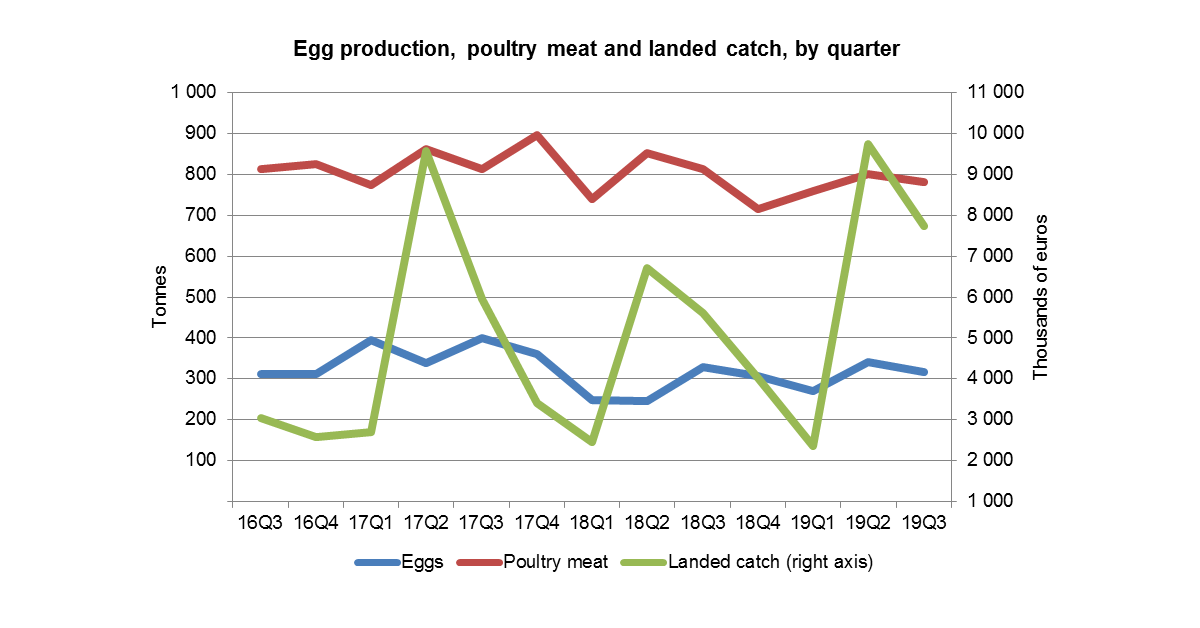