Between January and June 2020, the weight of the slaughtered livestock reached 399.7 tonnes, falling by 1.2% year-on-year. 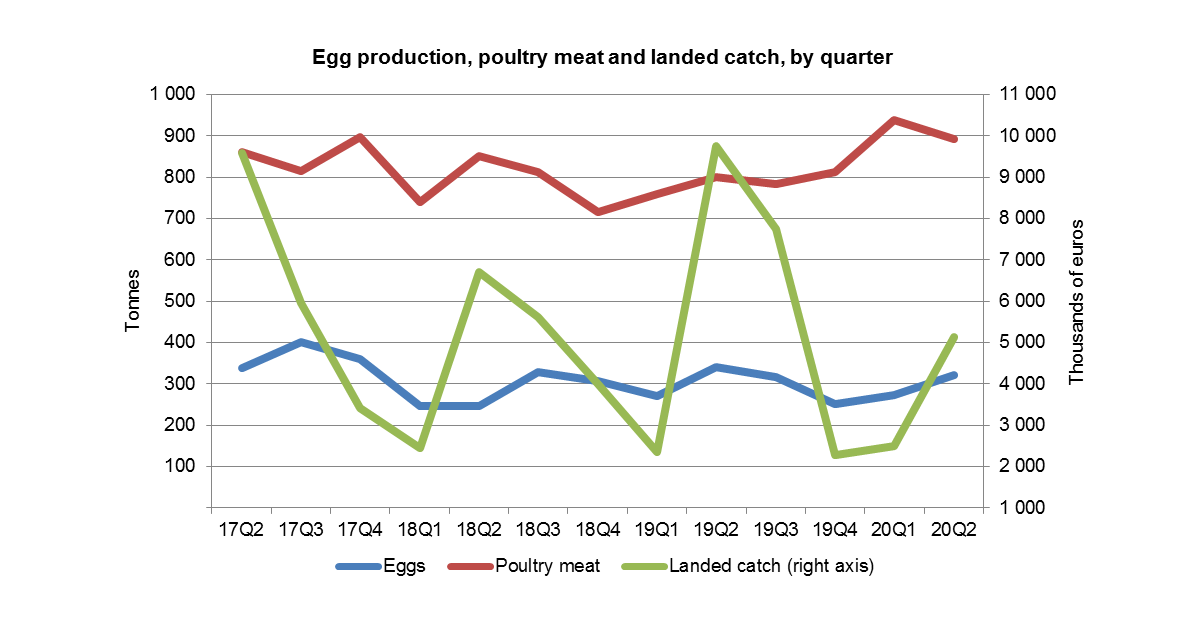