Commercialisation of banana increased by 16.0% compared to the same period of 2018

According to the data provided by the Regional Directorate of Agriculture (DRA), in the first eight months of 2019, the commercialisation of locally grown banana stood at 13,295.2 tonnes, up by 1,830.4 tonnes when compared to the same period of 2018. 82.9% was dispatched, mainly to Mainland Portugal (81,3% between January and August 2018).

The favorable results of the 2nd quadrimester (+43.5% y-o-y) offset the drop in the first four months of the year (-18.3% y-o-y), with the annual rate of change for the first eight months standing at 16.0%. It must be mentioned that 2018 was a year in which the marketed banana dropped sharply (worst record in the last 5 years), mainly due to adverse weather conditions. 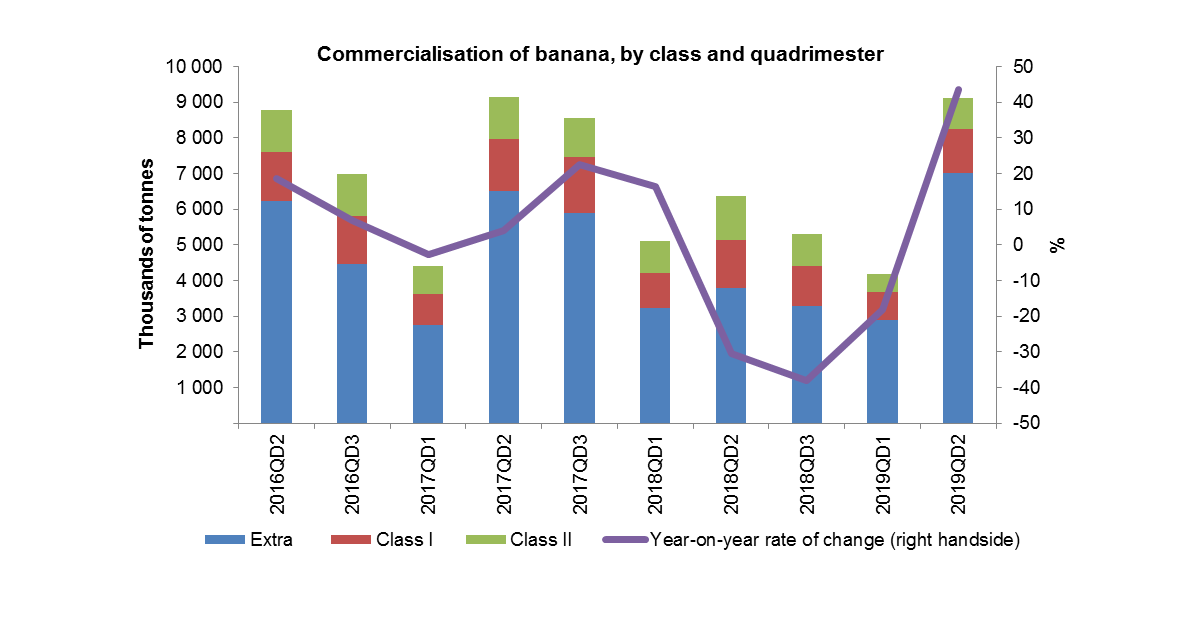