The average outstanding loan value in housing credit in the Autonomous Region of Madeira rose for the 6th consecutive month to €58,445 (€58,269 in the previous month). One year before it stood at €57,891. 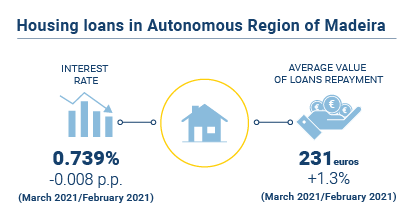