According to the information released today by Statistics Portugal (INE), in November 2019, the average value of bank appraisals on housing in the Autonomous Region of Madeira reached €1 430/sq meter, dropping by 0.3% from October 2019 and increasing by 8.2% from the year-ago month.

For the flats located in the Autonomous Region of Madeira, the average value of bank appraisals in the month of reference was €1 443/sq meter. In the case of row houses the value was lower (€1 413/sq meter).

For Portugal, that same variable stood at €1 312/sq meter in the month of reference, 0.6% above the previous month. The year-on-year change rate was +8.0%. 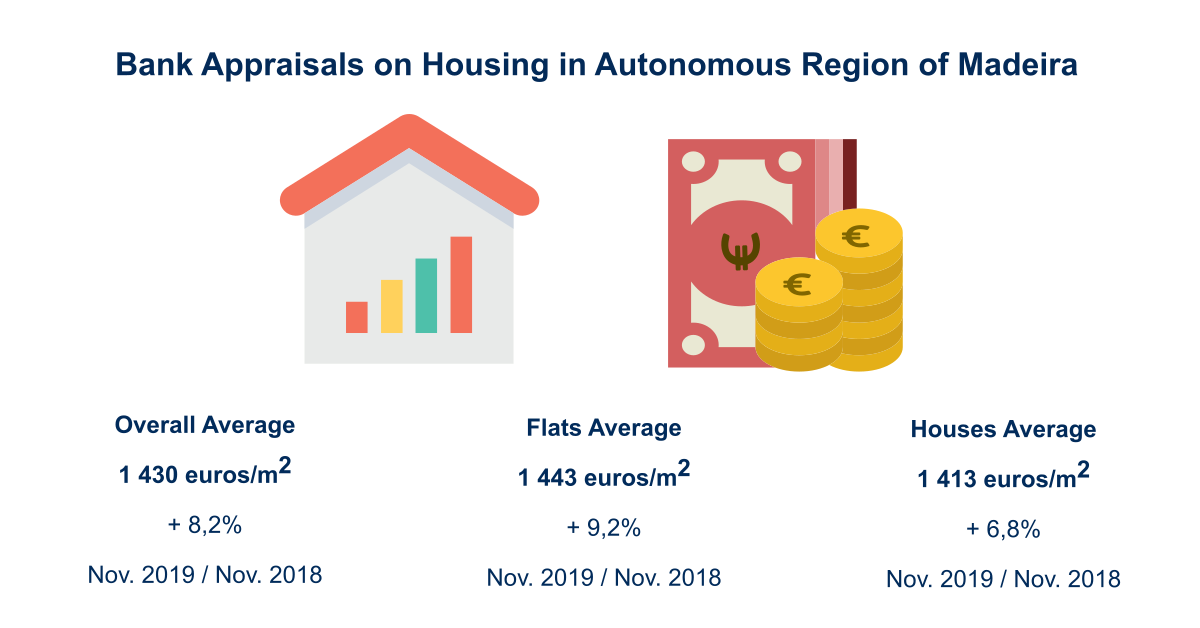