Electricity production increased by 0.3% compared with the previous year

In 2016, the electricity production, estimated from the data on the distribution of electric energy provided by the Electricity Company of Madeira, increased by 0.3% compared with the previous year.

The 0.5% year-on-year growth in the 4th quarter of 2016 contributed to the aforementioned increase in the electricity production of that year. 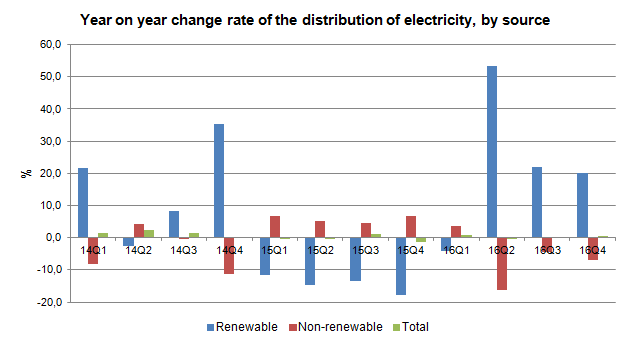 DREM also publishes today on its website data for 2015 compiled by the Directorate-General for Energy and Geology (DGEG) concerning the consumption of electric energy and the number of consumers of electric energy. The energy balance for 2015 is also available now.