In the first six months of 2017, the electricity production, estimated from the data on the distribution of electric energy provided by the Electricity Company of Madeira, remained unchanged from the same period of last year. Breaking down the data by source it should be highlighted that the electricity generated by hydropower and wind power decreased by 5.8% and 9.1% respectively, compared to the same period of 2016. This decline was compensated by the growth in production through other sources, mainly by solid waste (+21.3%), photovoltaics (+2.2%) and thermal power (+1.1%). Thermal power represented 66.8% of the total production in the first half of 2017 (66.1% in the same period of the previous year). It should also be mentioned the production of thermal power based on natural gas represented 14.2% of the total production mix, having increased by 17.7% year-on-year.

In the 2nd quarter 2017, the distribution of electric energy rose by 0.8% from the year-ago quarter. 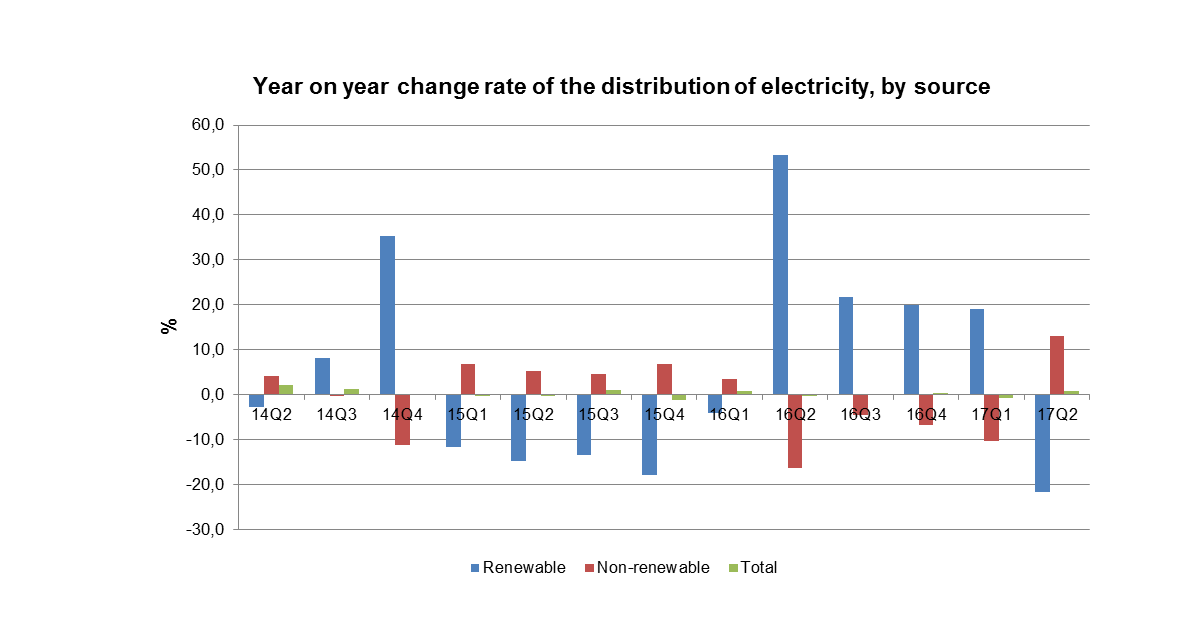