In the first nine months of 2017, the electricity production, estimated from the data on the distribution of electric energy provided by the Electricity Company of Madeira, increased by 0.2% year-on-year. Breaking down the data by source it should be highlighted that the electricity generated by hydropower, wind power and photovoltaics decreased by 5.7%, 4.4% and 0.5% respectively, compared to the same period of 2016. This decline was compensated by the growth in production through other sources, mainly by solid waste (+23.1%) and thermal power (+0.3%). Thermal power represented 71.0% of the total production in the first nine months of 2017 (70.9% in the same period of the previous year). It should also be mentioned that the production of thermal power based on natural gas represented 15.9% of the total production mix, having increased by 16.8% year-on-year.

In the 3rd quarter 2017, the distribution of electric energy rose by 0.5% from the year-ago quarter. 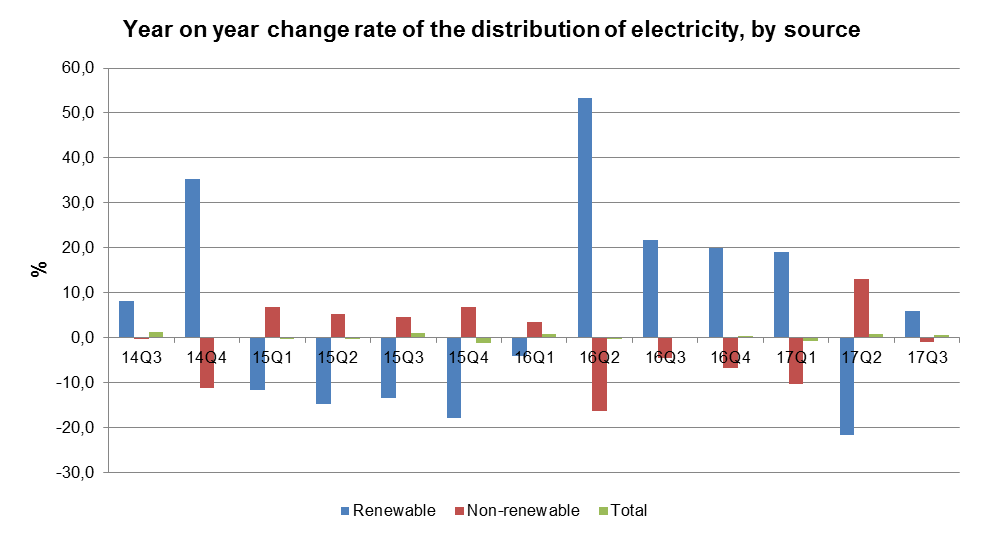 DREM releases data about electricity production for the year 2016

DREM also publishes today on its website data for 2016 compiled by the Directorate-General for Energy and Geology (DGEG) concerning the Gross production of electric energy in the Autonomous Region of Madeira.