In the first six months of 2019, the electricity production, estimated from the data on the distribution of electric energy provided by the Electricity Company of Madeira, increased by 1.5% year-on-year.

Breaking down the data by source it should be highlighted that, compared to in the first half of 2019, the electricity generated by hydropower and wind power decreased by 56.2% and 26.8%, respectively. This decline was compensated by the growth in production through other sources, mainly by thermal power (+21.0%) and solid waste power (+27.2%). It should also be mentioned that the production of natural gas represented 17.8% of the total production mix, rising by 40.8% year-on-year.

In the 2nd quarter 2019, the distribution of electric energy increased by 2.6% from the year-ago quarter. 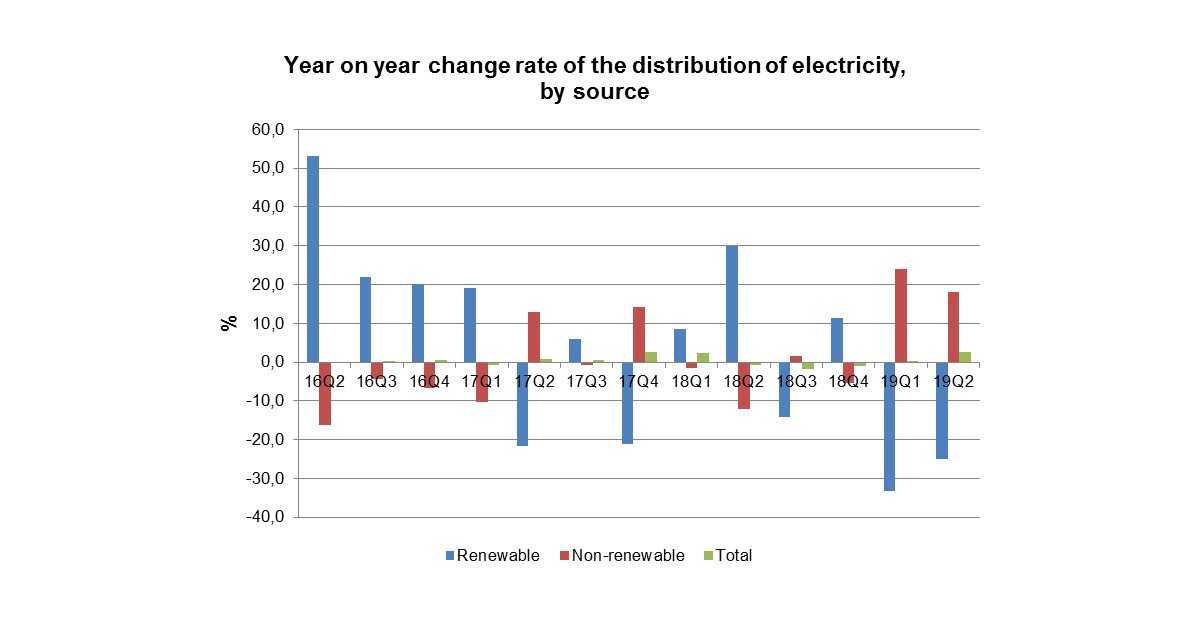