Number of workers employed in the Regional Administration of Madeira increased year-on-year, but decreased compared to the previous quarter

The year-on-year growth registered in the RGM also occurred on all other institutional sub-sectors of the Public Administration. The Central Administration had the highest increase (+2.5%), as well as the most pronounced growth compared to the previous quarter (+0.3%). The general government sector rate increased by 0.2% from the previous quarter and the year-on-year increase was 2.2%. 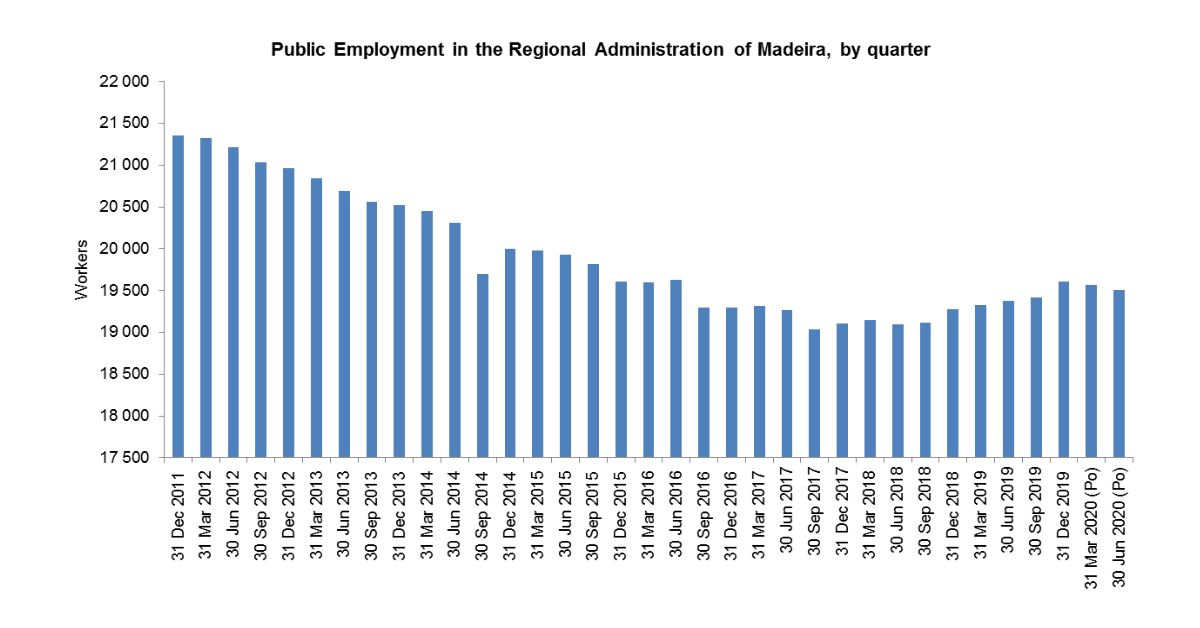 The estimated mean age of the workers of the Regional Administration of Madeira in December 2019 was 48.3 years (48.0 years a year earlier).

More than half of the ARM workers (57.9%) have higher education, 25.0% have only basic education and the remaining 17.1%, secondary education.