In the first fortnight of June

Given the situation that could be expected without the pandemic, 79% of the enterprises reported a negative impact on turnover.

When comparing with the 2nd fortnight of May, 41% of the enterprises reported stabilisation in turnover and 37% pointed to an increase.

32% of the enterprises reported that their turnover should take more than 6 months to return to the normal level and 17% pointed to three to six months.

In the 1st fortnight of June, 45% of the enterprises reported reductions in the number of persons employed effectively working, given the situation that could be expected without the pandemic (51% in the previous fortnight).

Comparing with the 2nd fortnight of May, most enterprises did not report a change in the number of persons employed (68%).

More than 80% of the enterprises consider that there is little or no probability of permanently changing their activities due to the COVID-19 pandemic. The changes referred to as very likely by enterprises are reinforce of the investment in information technology (20% of enterprises), the redirection of target markets (9% of enterprises) and the increase in the use of remote working (7% of enterprises). 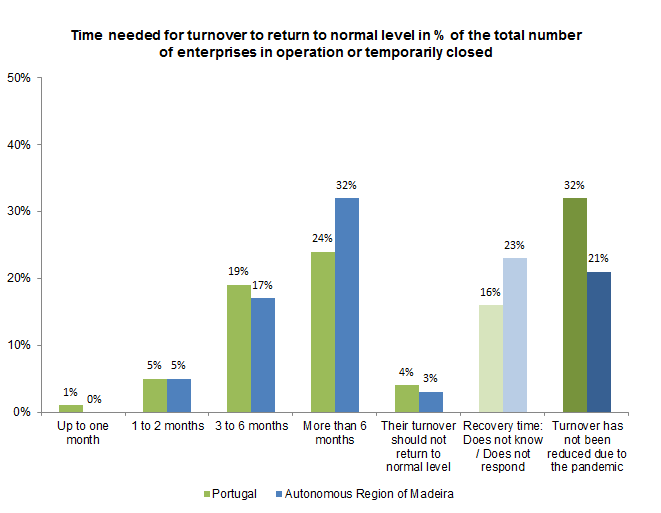