Movement of passengers in the airports of the Autonomous Region of Madeira increased compared to 2015, while passenger transport by bus and cruise ships decreased; movement of goods in the regional seaports also increased

In the sector of air transport, the airports of Madeira and Porto Santo recorded a movement of 3.1 million passengers during 2016, a 14.6% increase compared to 2015.

The transport of passengers in the sea line between the islands of Madeira and Porto Santo grew by 17.4%, reaching a total of 314,189 in the year of reference.

Regarding the movement of goods in Madeira's ports, the statistics for 2016 show increases for both loaded (+4.0%) and unloaded goods (+4.8%). 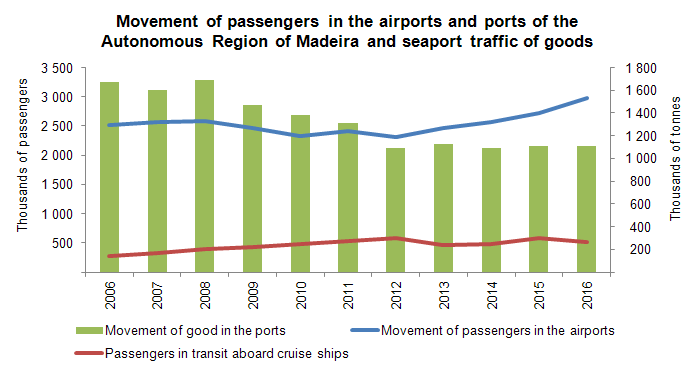