In the first half of 2018, the Vehicle Registration Offices of Madeira registered a transfer of 6,813 used vehicles, 85.9% of which were light passenger and 13.2% light cargo vehicles. 61 heavy used vehicles were registered, about 0.9% of the total. Compared to the year-ago period, the vehicle sale registries of used cars decreased by 0.8%.

Air transport - Passengers in Madeira’s airports decreased by 1.4% compared to the first half of last year

In air transport, the airports of Madeira and Porto Santo recorded a movement of 1.6 million passengers during the first half of 2018, a 1.4% decrease compared to the same period of 2017.

The passenger movement in the Madeira – Porto Santo sea line decreased by 0.3% year-on-year. 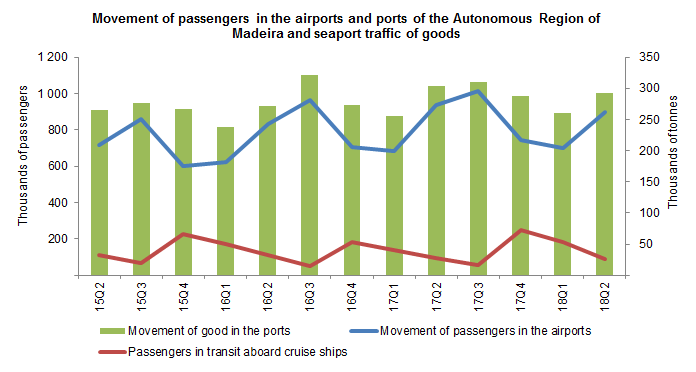