[Updated on September 20, 2019: Information on recreational vessels entered in the marinas was added; The data on passenger movement in the Madeira-Porto Santo sea line were corrected.]

According to the data compiled by DREM, the passenger transport by bus in the 1st half of this year stood at 12.5 million, up by 2.2% from the year-ago period. Between January and June of 2019, 8.6 million passengers were counted in the urban lines (year-on-year change rate of +3.5%) and 3.9 million in the intercity lines (-0.7%).

In the first six months of 2019, the Vehicle Registration Offices of Madeira registered a transfer of 6,675 used vehicles, 84.9% of which were light passenger and 14.0% light cargo vehicles. 68 heavy used vehicles were registered, about 1.0% of total. Compared to the year-ago period, the vehicle sale registries of used cars decreased by 2.0%.

In air transport, the airports of Madeira and Porto Santo recorded a movement of 1.6 million passengers during the 2nd quarter of 2019, a 2.1% increase compared to the same period of 2018.

Regarding the movement of goods in Madeira's ports, the statistics for the first half of 2019 show a positive trend vis-a-vis the same period of 2018 (+4.9%) determined by an increase (+6.2%) in the unloaded goods that offset the drop in loaded goods (-3.6%). 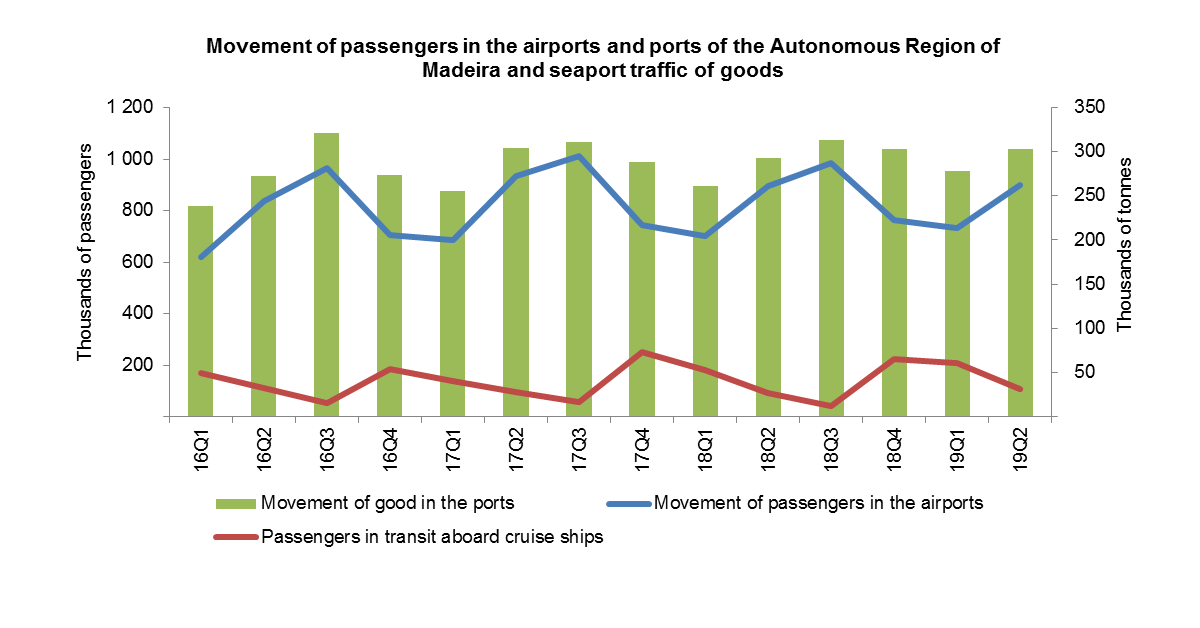