Tourist accommodation sector with smaller losses than in June, due to a higher contribution from the national market

In the month of reference, the number of overnight stays in the Autonomous Region of Madeira (considering all local accommodation) stood at 116.4 thousand. Total revenue and revenue from accommodation amounted to 5.2 and 3.5 million euros, respectively.

In the main markets, the estimated changes in overnight stays in the month of July 2020 show a not so negative performance as in June, with the British market having the biggest fall, of 97.3%, followed by the French (-92.3%) and German (-83.4%) markets. The drop in the Portuguese market was less pronounced, with the overnight stays declining by 54.4%. In cumulative terms (from January to July 2020), the French market, as in the previous month, continues to record the biggest drop in the number of overnight stays,-81.6%, followed by the German and British markets, with a decrease of 65.7% and 62.1%, respectively. The Portuguese market had, for the same period, a less pronounced drop (57.2%), compared to the same period last year.

Considering the January to July period, overnight stays decreased by 66.1% year-on-year, while total revenue and lodging revenue declined both by 68.5%.

The bed occupancy rate in the reference month reached 14.9%, dropping by 49.3 percentage points over the same month of the previous year. In turn, the room occupancy rate reached 16.0%. 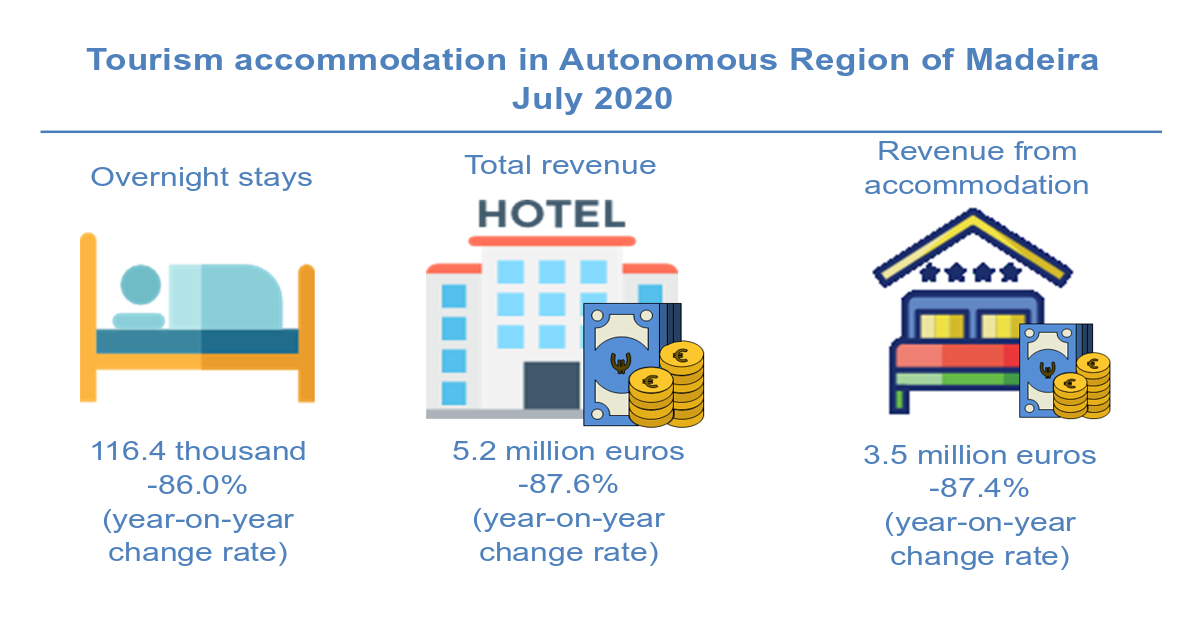