Between January and September of 2019

According to the provisional data made available by the Institute for Cinema and Audiovisuals (ICA), 13,191 performances were recorded in the cinemas of the Autonomous Region of Madeira in the first nine months of 2019, a 0.4% year-on-year increase. 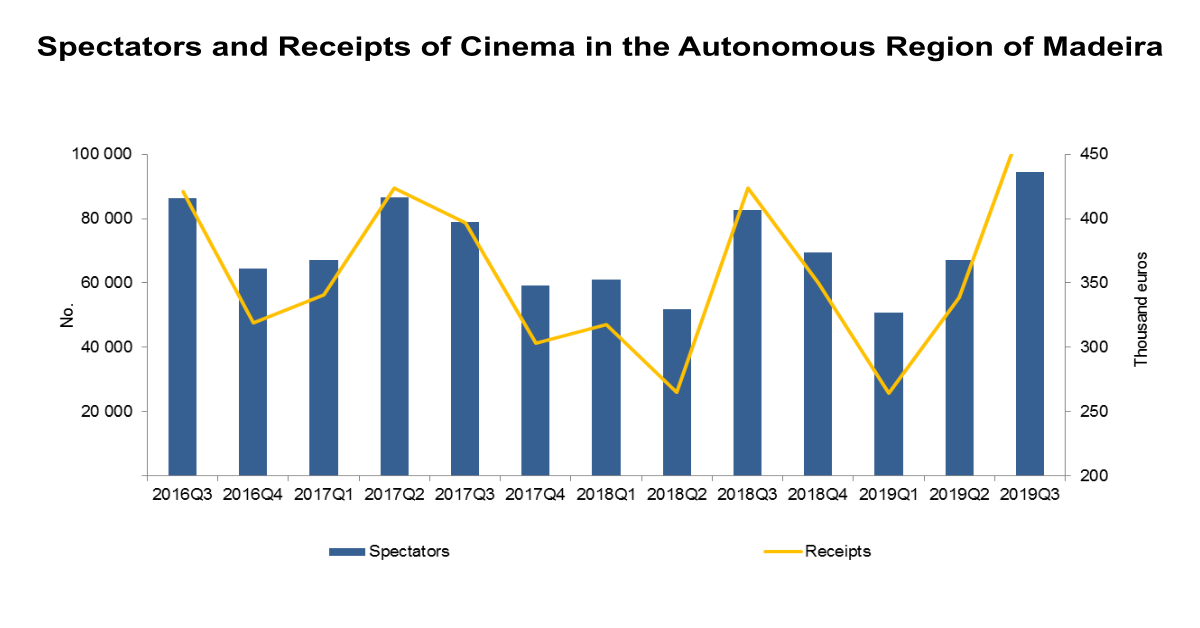