The Regional Directorate of Statistics of Madeira (DREM) releases an update of the time series on Education, by including data from the school year 2018/2019. This information is provided by the Education System Observatory of the Autonomous Region of Madeira (OERAM).

The number of students enrolled at secondary education increased by 3.2% to 11.1 thousand students. 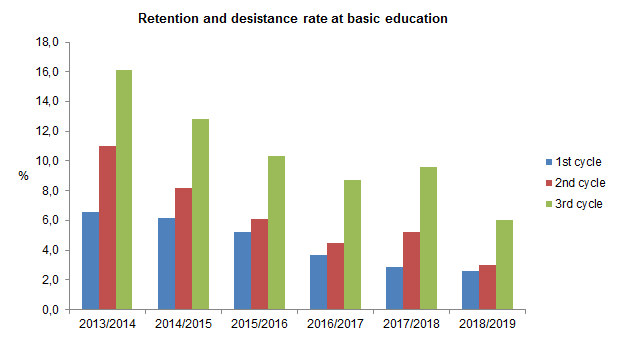 In 2018/2019 there were over 4,500 Madeirans studying in the Mainland in tertiary education

According to data now released by DGEEC, in the academic year 2018/2019, 7.5 thousand students resident in the Autonomous Region of Madeira were enrolled in higher education institutions in Portugal. Since the 1st year of the series (2015/2016), this indicator has maintained an increasing trend, at an average of 1.6% per year.