According to the Lists of Personnel, the number of employees and mean monthly earning increased by 3.2% and by 1.4% from 2016, respectively

The Regional Directorate of Statistics (DREM) releases today, on its website, the update of the Time Series on Lists of Personnel with data for 2017.

In the scope of this statistical operation, in 2017, 44.5 thousand employees (full time and full paid) were counted in the establishments located in the Autonomous Region of Madeira. Compared with 2016, there was a 3.3% increase.

By size class, the largest increase between 2016 and 2017 was registered in enterprises with between 10 and 19 employees (+11.0%, up by 533 employees). The enterprises with 500 and more employees concentrate 20.9% of the total number of employees and are the most representative class. 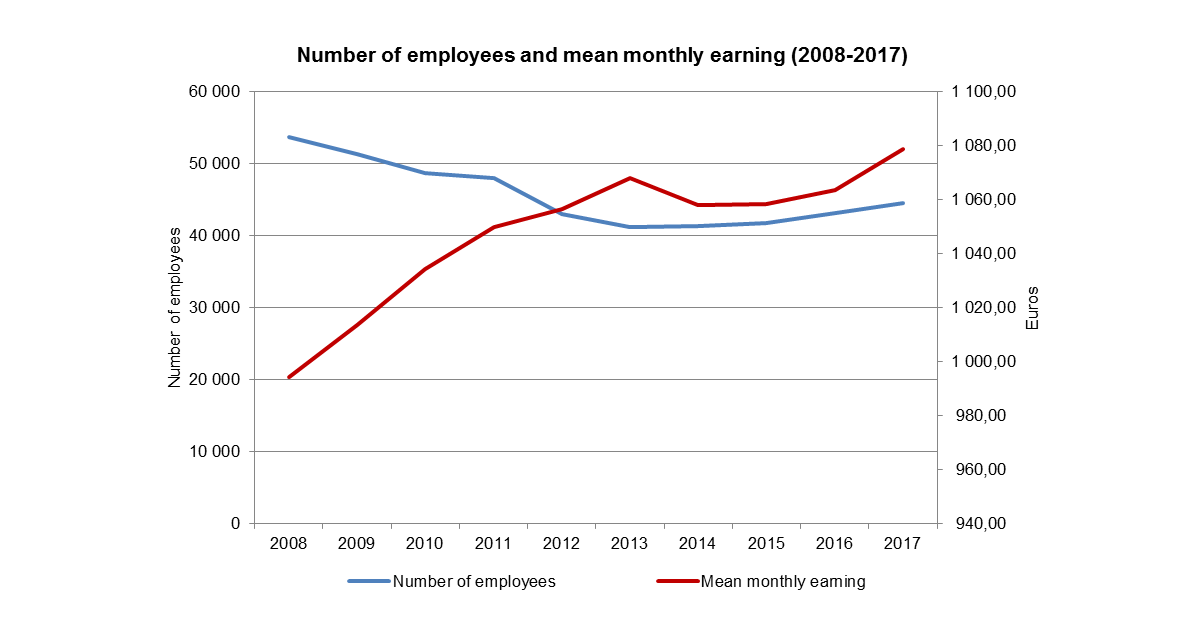