Increase in the foreign population residing in the Autonomous Region of Madeira (13.3%) was once again highly driven by the return of emigrants in Venezuela

According with the Immigration and Borders Service (SEF), on December 31st 2019, the foreign population with resident status in the Autonomous Region of Madeira reached 8,586 persons, representing an increase of 13.3% from 2018. The overall foreign population is the aggregate of residence permits (8,579) and long-stay visas (7). 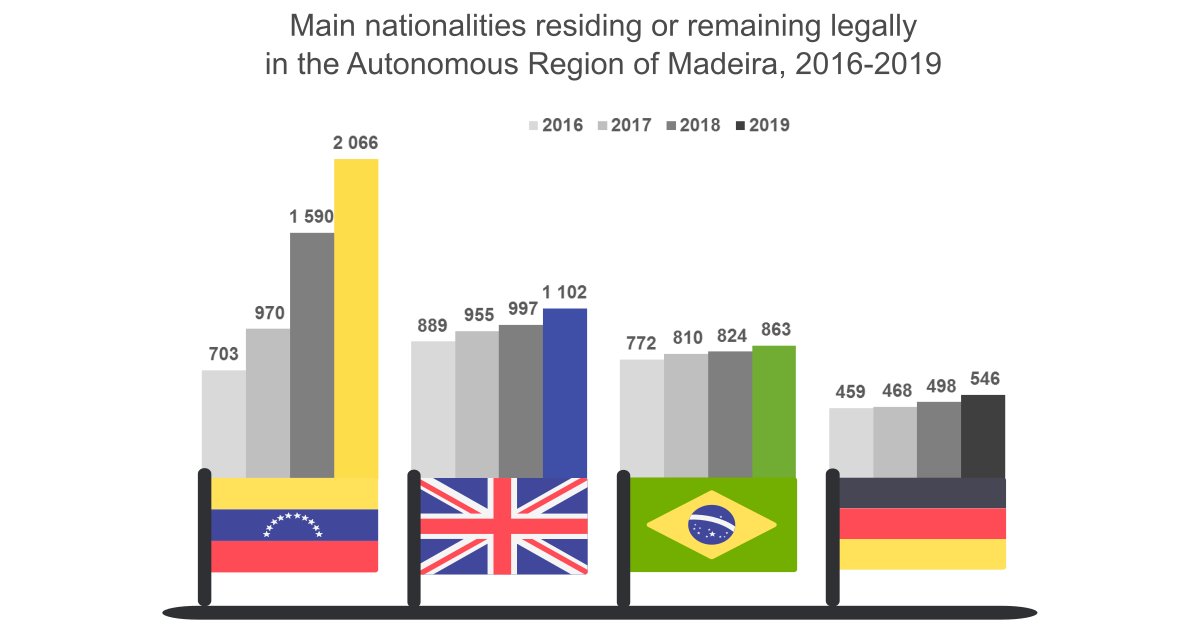 The return of emigrants in Venezuela was one of the main reasons behind the growth of foreign population between 2018 and 2019, contributing with 47.2% of the overall increase. The following largest contributions are due to nationals from the United Kingdom and Italy, representing 10.4% and 9.2%, respectively, of the total increase in the foreign population between 2018 and 2019.