Statistics Portugal released today the 2017 edition of the study on the municipal purchasing power.

In 2017, Funchal had a per capita purchasing power (pCPP) above national average, ranking 13th in the list of the Portuguese municipalities with the highest pCPP. Porto Santo (93.5) and Funchal (114.28) were the only municipalities that stood above the regional average (86.5). The value for the Autonomous Region of Madeira was the lowest of all NUTS2 regions of Portugal. 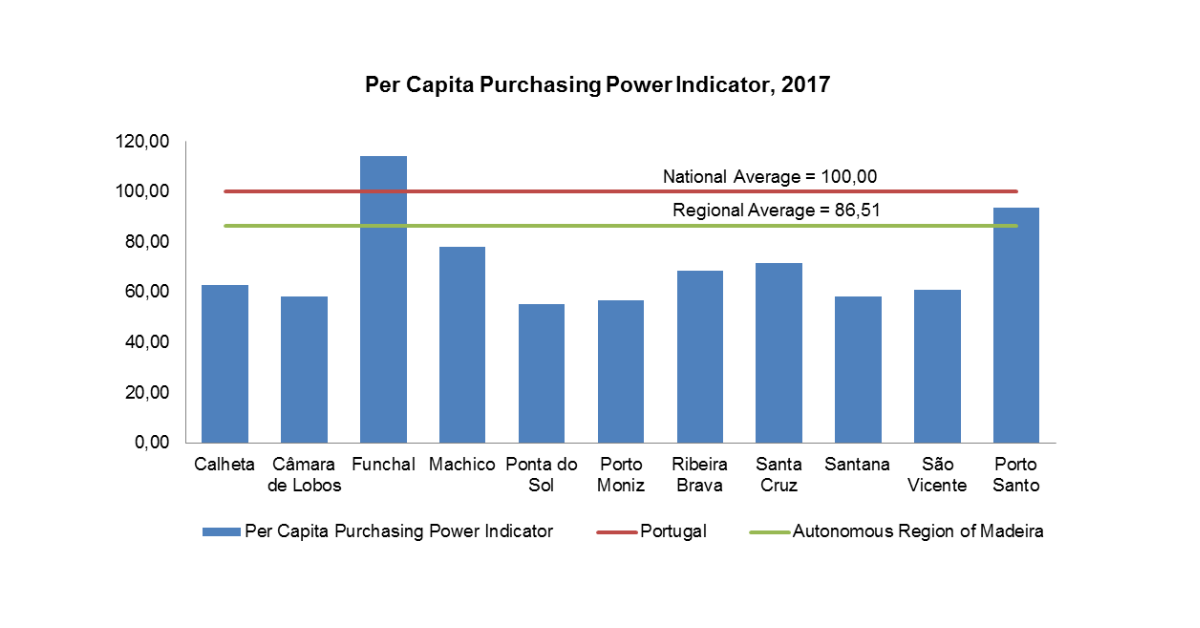 This study also allows to trace the importance of the tourism activity using the Coefficient of Relative Dynamism (CRD). Except for Machico and Câmara de Lobos, all municipalities of the Region have a coefficient higher than the national average (-0.059). Porto Moniz (1.486), Porto Santo (0.752), Calheta (0,661) and São Vicente (0,499) are the municipalities with the highest CRD. The Autonomous Region of Madeira had the second highest value among the seven NUTS2 regions (0.262), behind the Algarve (3.153).