The Regional Directorate of Statistics of Madeira (DREM) releases today on its website, the time series of temperature and precipitation, updated with information for 2018. These data is provided to DREM by the Regional Delegation of Portuguese Institute for Sea and Atmosphere. 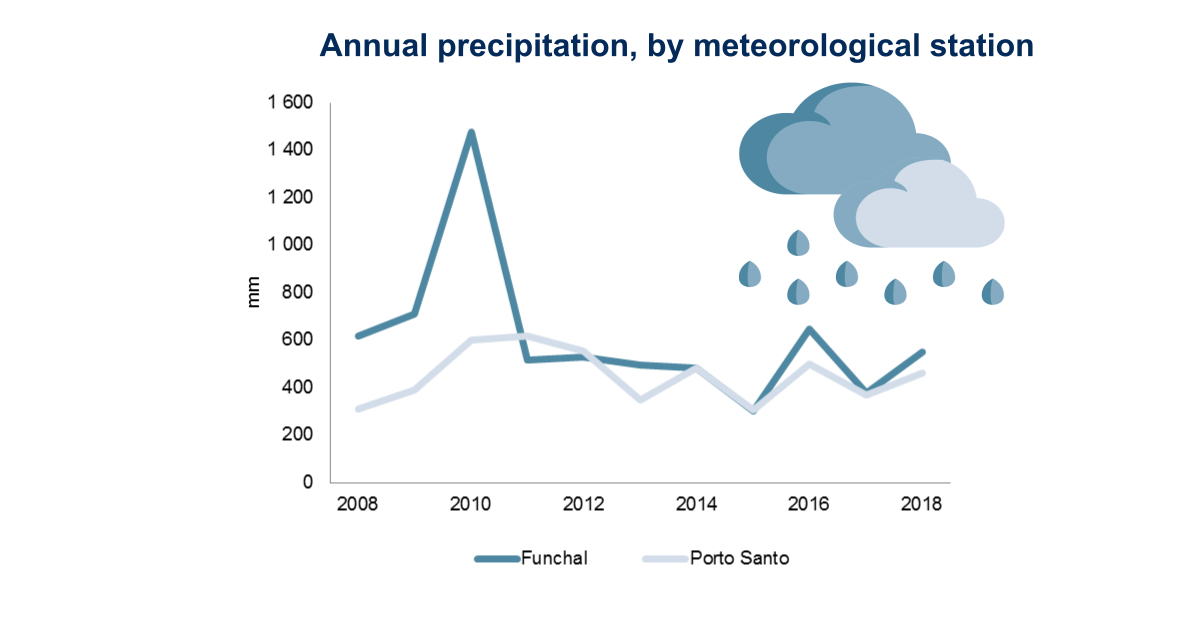