Number and sales value of transacted dwellings in the Autonomous Region of Madeira increased year-on-year, but decreased compared to the previous quarter

The value of transacted dwellings in the reference quarter was approximately 103.5 million euros, representing a 3.2% decrease over the previous quarter and a 12.4% growth compared to the same quarter of the prior year. The sales value for the new dwellings stood at 29.0 million euros and for the existing dwellings at 74.5 million euros. 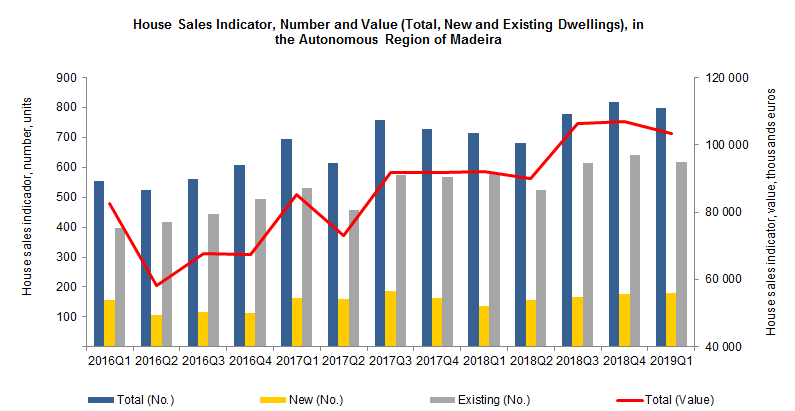