Balance between formed and dissolved corporations was positive (+90) 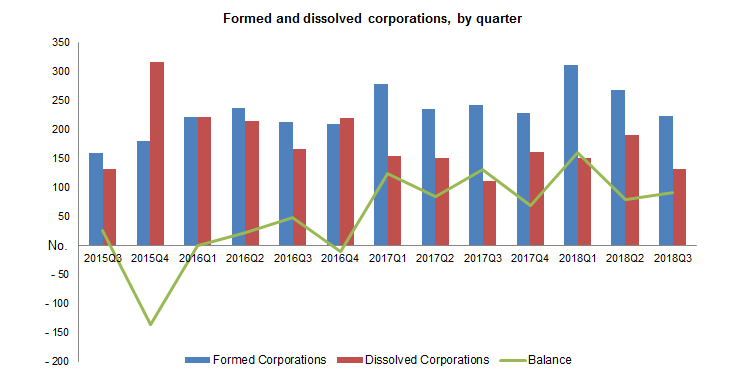 During the first nine months of the year, the ratio between formed and dissolved corporations stood at 1.69, close to the national value (1.72).