Public Employment in the Regional Administration of Madeira continued to decrease

At 31/12/2011 the number of persons working in the Regional Administration of Madeira stood at 21,354. This figure declined in a more pronounced way until the 3rd quarter of 2016, being the value of the 2nd quarter 2017 the minimum of the available series (which begins on the 4th quarter 2011).

In the aggregate of the country’s Public Administrations, the number of workplaces decreased by 0.2% from the previous quarter and increased by 1.3% from the year-ago quarter. 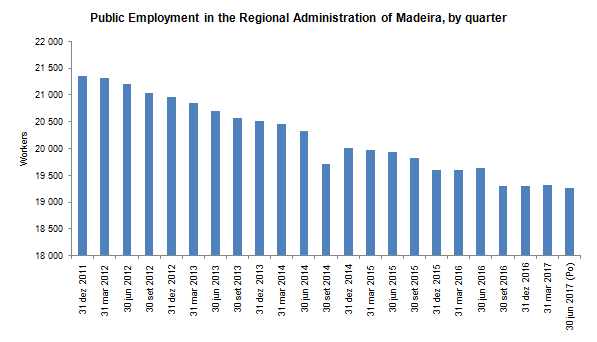