More performances, spectators and receipts in the cinemas of the Autonomous Region of Madeira

According to the provisional data made available by the Institute for Cinema and Audiovisuals (ICA), 18,011 performances were recorded in the cinemas of the Autonomous Region of Madeira in 2017, a 0.1% increase over 2016.

It should be highlighted that these figures for performances, spectators and receipts recorded in 2017 are the highest since 2011. 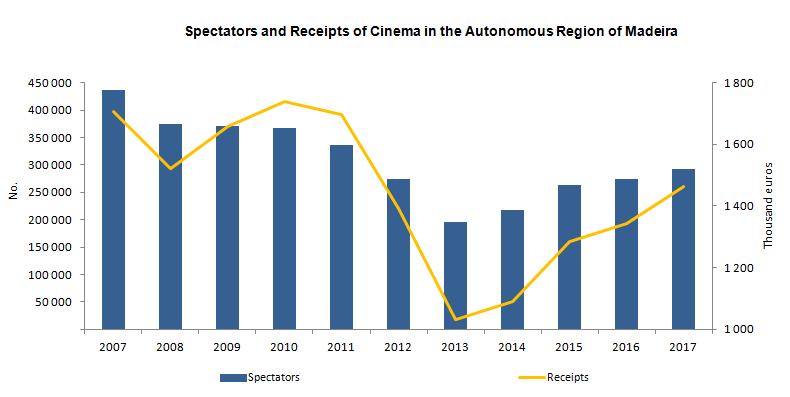