The Regional Directorate of Statistics of Madeira (DREM) releases today on its website the time series on Culture, Sport and Recreation updated with information for 2018.

In 2018, the 18 museums in the Autonomous Region of Madeira which met the eligibility criteria of the Museums Survey displayed 99 thousand goods and had 211 thousand visitors, down by 19.6% from 2017. 63.2% of the visitors were foreign (133 thousand) and 13.6% were integrated in school groups.

In the reference year, 28 periodic publications were counted in Madeira having been released a total of 4.4 million copies (down  by 4.9% from 2017).

In the botanic gardens and aquariums of Region 716.7 thousand visitors were counted in 2018, the majority of which originating from foreign countries (89.7%). The number of visitors rose by 0.6% from the previous year.

According to the 2018 “Survey on Financing of cultural, recreation and sports activities by the local administration”, the share of expenditure by the local administration of Madeira in cultural and sports activities stood at 5.3%, unchanged from the previous year. However, the expenditure in those activities grew by 14.8% to 11.0 million. Of this amount, 76.3% was destined for culture and 23.7% for sport. 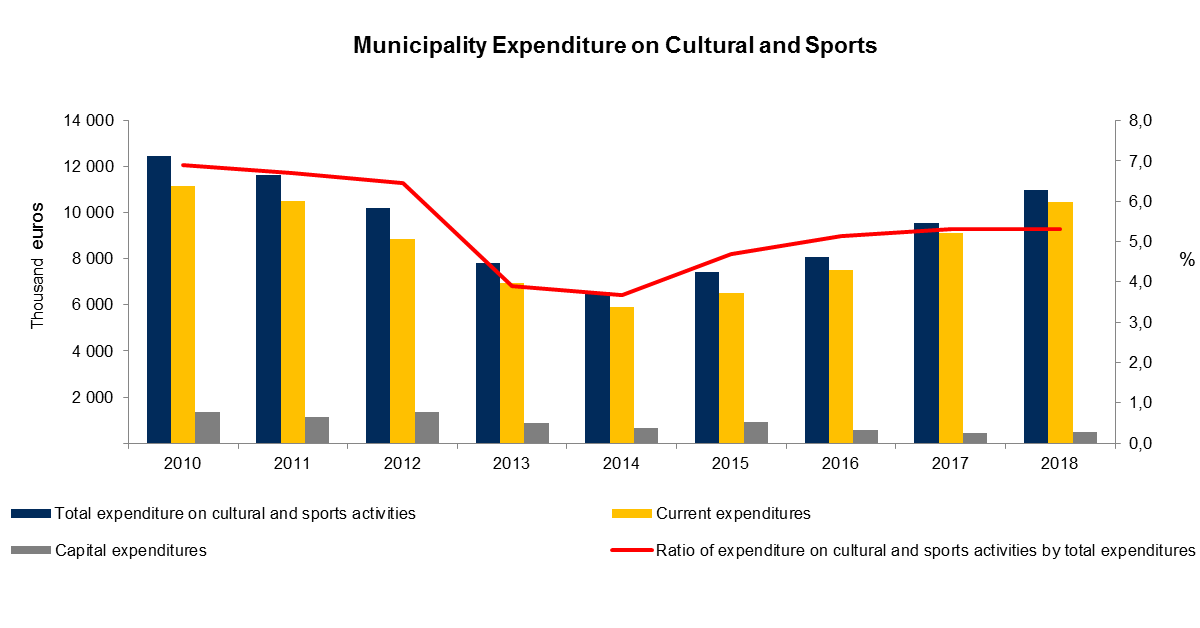