The combination of the data from January to September 2018 for live births and deaths show that the Autonomous Region of Madeira registered a natural decrease (-671 persons) more pronounced than in the same period of 2017 (-500 persons).

In the first nine months of 2018, 4 deaths under 1 year were counted and 4 dead foetuses were reported. 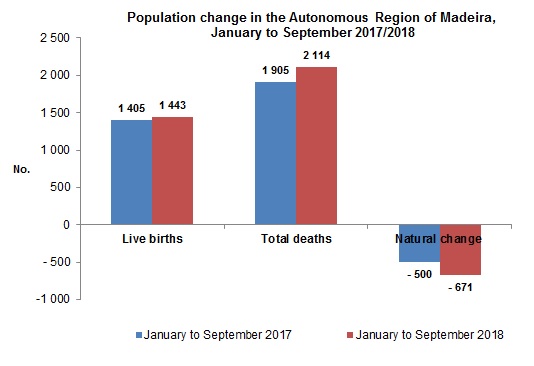