Preliminary data of demographic statistics show that in the first half of 2019, the Autonomous Region of Madeira registered a negative natural change (-472 persons), since the number of live births in this period (932) was smaller than the number of deaths (1,404). In the same period of 2018, the natural change had also been negative (-542 persons, the difference between 964 live births and 1,506 deaths). 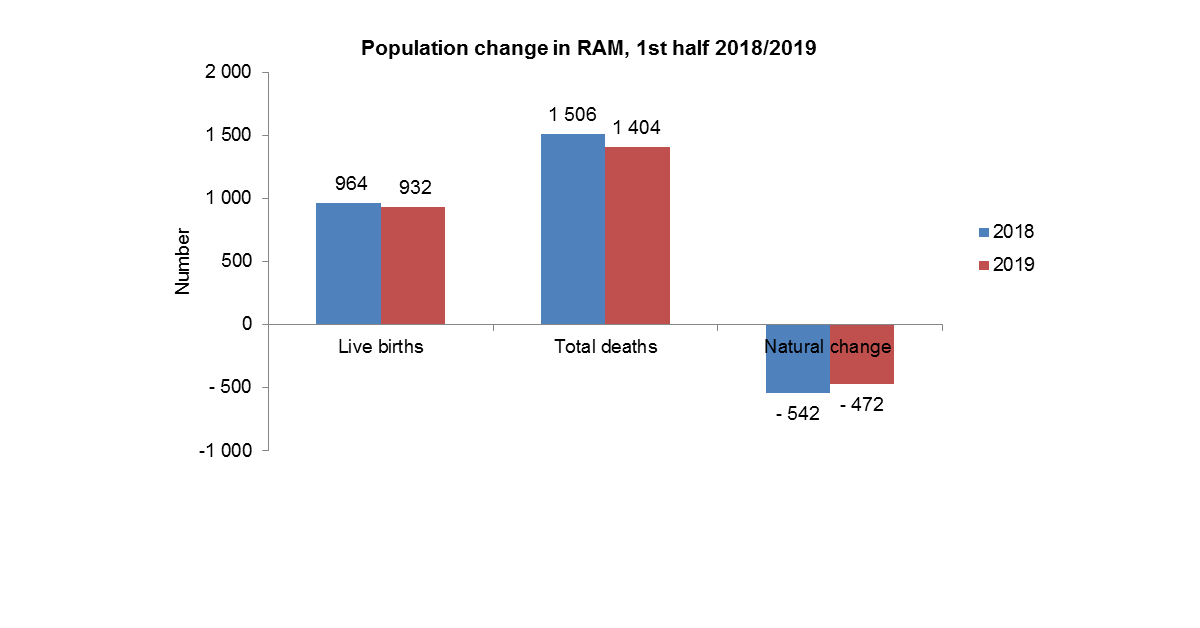 In the first six months of 2019, 2 deaths under 1 year were reported. There were no dead foetuses.

In the period of reference, 350 marriages took place in the registry offices of the Region, down by 24 from the same period of 2018.