Natural change of the population was negative, although less pronounced than in 2018

Preliminary data of demographic statistics show that in 2019 the Autonomous Region of Madeira registered a natural decrease (-788 persons), since the number of live births in this period (1,891) was lower than the number of deaths (2,769). In 2018, the natural change had also been negative (-811 persons, the difference between 1,919 live births and 2,730 deaths).

In the year of reference, 966 marriages took place in the registry offices of the Region, up by 7 from 2018. 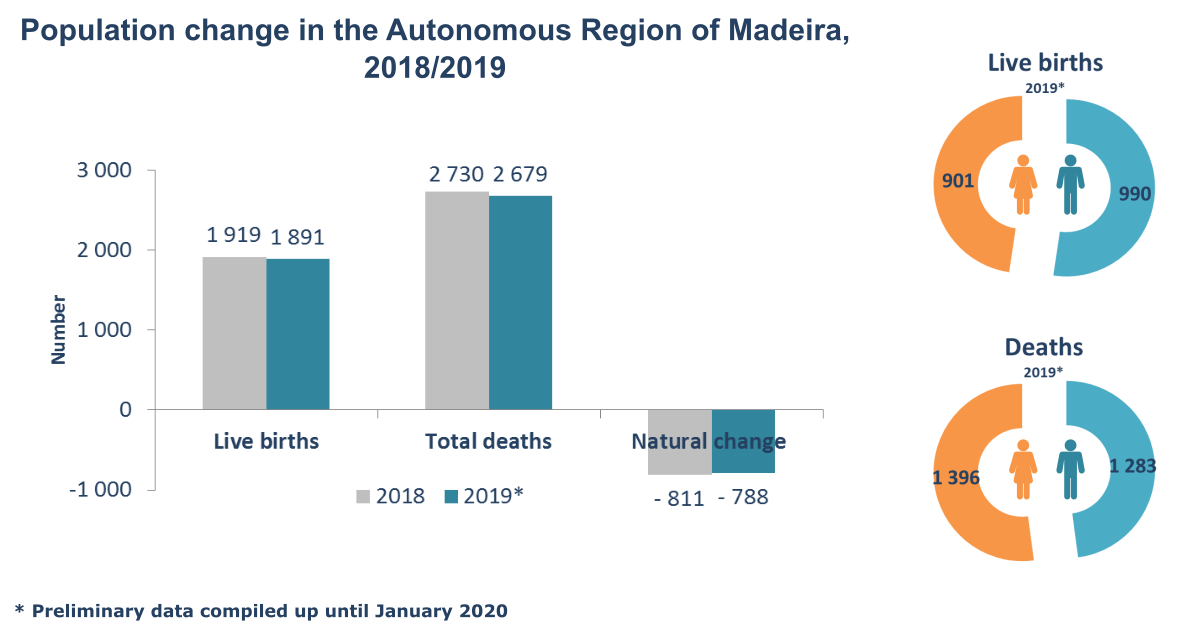