Trade balance of the Autonomous Region of Madeira with foreign countries was positive, standing at 64.3 million euros

According to preliminary data, the Region’s trade balance of goods with foreign countries stood at + 64.3 million Euros in the 1st half of 2019, representing a coverage rate of imports by exports of 195.8%. In the same period of last year, the balance between exports and imports had also been positive (+7.5 million Euros) and the coverage rate reached 109.7%. 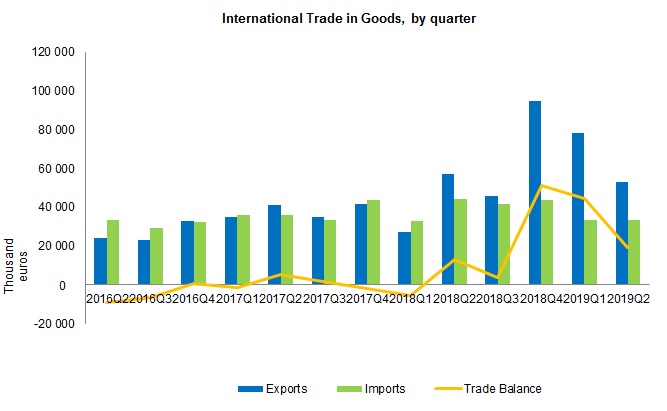