According to preliminary data, the trade balance of the Autonomous Region of Madeira with foreign countries had a surplus of 110.3 million euros

According to preliminary data for 2019, the Region’s trade balance of goods with foreign countries stood at +110.3 million Euros representing a coverage rate of imports by exports of 168.4%. In 2018, the balance between exports and imports was +54.9 million Euros and the coverage rate reached 131.5%. 2019 was the third consecutive year in which the trade balance had a surplus, which was more pronounced than in 2018. 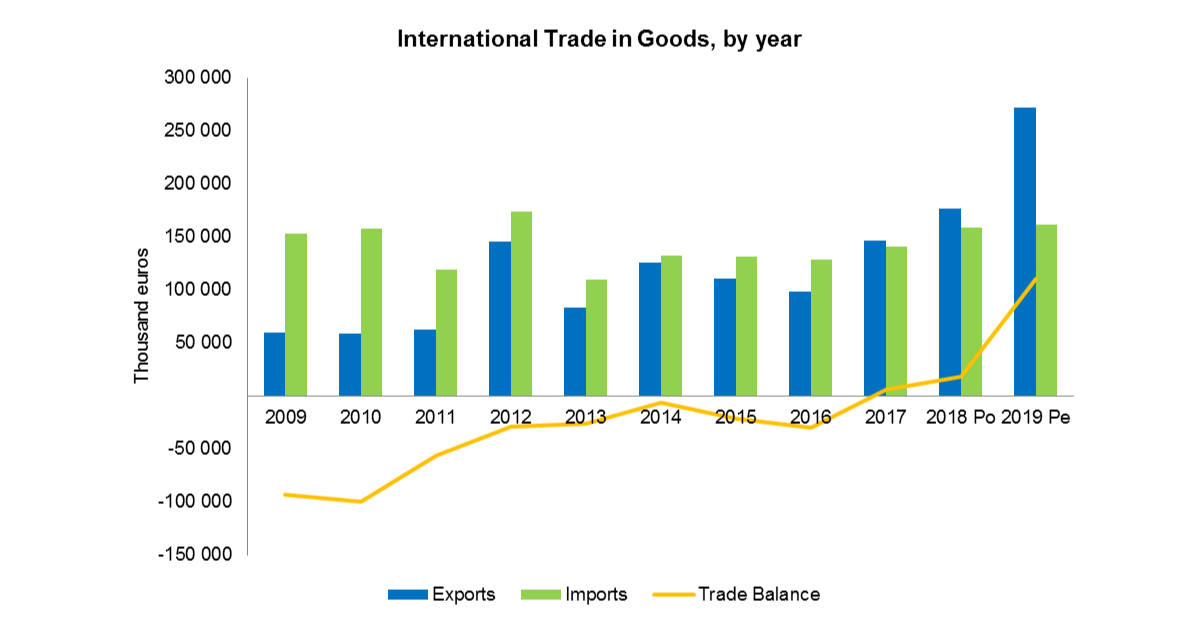