Trade balance of the Autonomous Region of Madeira with foreign countries registered a 84.6 million euros surplus

According to preliminary data, the Region’s trade balance of goods with foreign countries registered a surplus of 84.6 million Euros in the first nine months of 2020, representing a coverage rate of imports by exports of 178.9%. In the same period of last year, the balance between exports and imports had also been positive (+67.9 million Euros) and the coverage rate reached 150.7%. 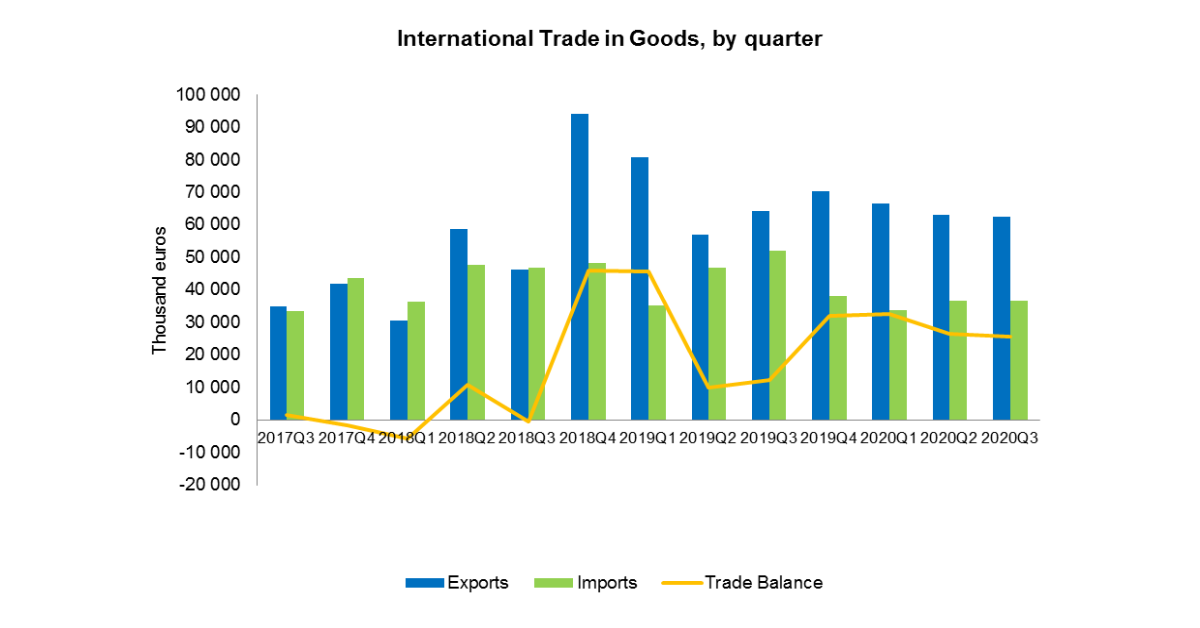 Exports and imports decreased by 4.9% and 19.9% year-on-year, respectively.