From that total, 573 were existing dwellings and the remaining 185 new dwellings.

The value of transacted dwellings in the reference quarter was approximately 91.8 million euros, representing a 25.7% increase over the previous quarter and a 35.8% increase compared to the same quarter of the prior year. The sales value for the new and for the existing dwellings stood at 27.4 and 64.3 million euros, respectively.

In Portugal, the number of transacted dwellings in third quarter 2017 stood at 38.8 thousand (a 5.1% increase compared to the last quarter), generating a sales value of 4.9 billion euros. 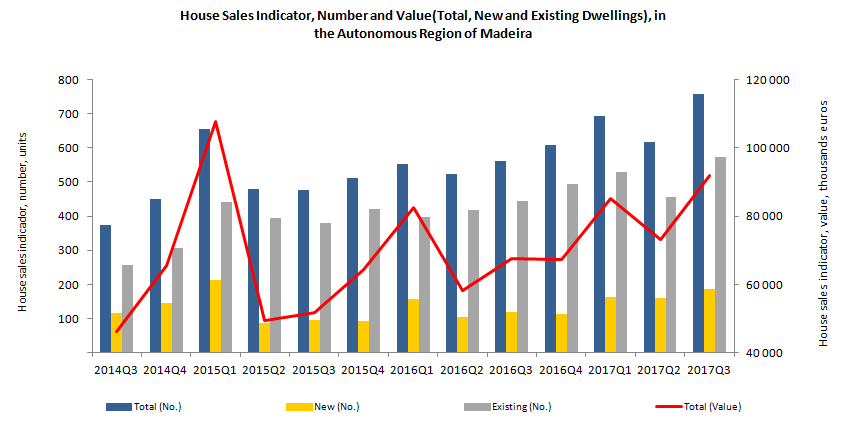