In 2017, 2,796 dwellings were traded in the Autonomous Region of Madeira, up by 24.4% over the previous quarter. That was the highest value since the beginning of the series, in 2009.

From that total, 2,126 were existing dwellings and the remaining 670 new dwellings.

The value of transacted dwellings in the reference year was approximately 341.8 million euros, representing a 23.9% increase over the previous year. That value also represents a new maximum of the available series.The sales value for the new dwellings stood at 96.5 million euros and for existing dwellings at 245.2 million euros. 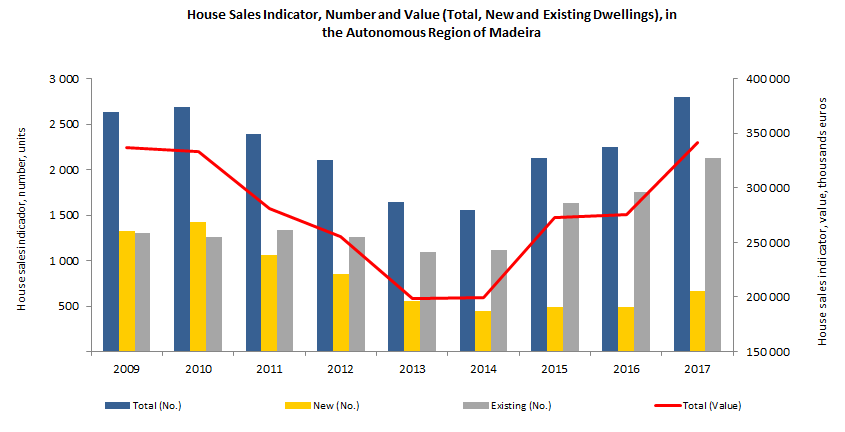