In 2019, 3,171 dwellings were traded in the Autonomous Region of Madeira, up by 5.9% over the previous year. That was the highest value since the beginning of the series, in 2009.

From that total, 2,507 were existing dwellings and the remaining 664 new dwellings.

The value of transacted dwellings in the reference year was approximately 421.3 million euros, representing a 6.5% increase over the previous year. That value also represents a new maximum of the available series. The sales value for the new dwellings stood at 110.6 million euros and for existing dwellings at 310.7 million euros. 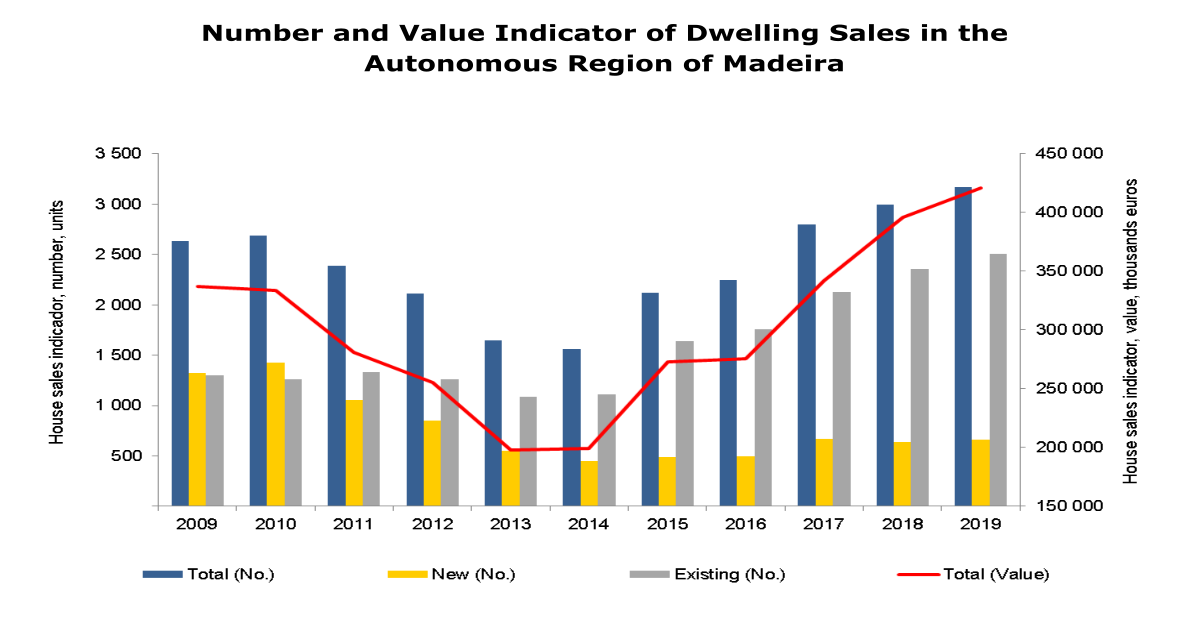 In Portugal, the number of transacted dwellings in 2019 reached 181.5 thousand (a 1.6% increase compared to the previous year), generating a sales value of 25.6 billion euros (+6.3%). These numbers are also the highest since the beginning of the year.