In the first quarter 2020, 853 dwellings were traded in the Autonomous Region of Madeira, rising by 0.1% over the previous quarter and by 6.8% compared to the 1st quarter 2019. This is the highest number of transacted dwellings since the beginning of the series (1st quarter 2009).

The value of transacted dwellings in the reference quarter was approximately 133.7 million euros, representing a 14.8% increase over the previous quarter and a 29.2% rose compared to the same quarter of the prior year. This represents also an all-time record, like in the case of the number of dwellings. The sales value for the new dwellings stood at 43.2 million euros and for the existing dwellings at 90.5 million euros. 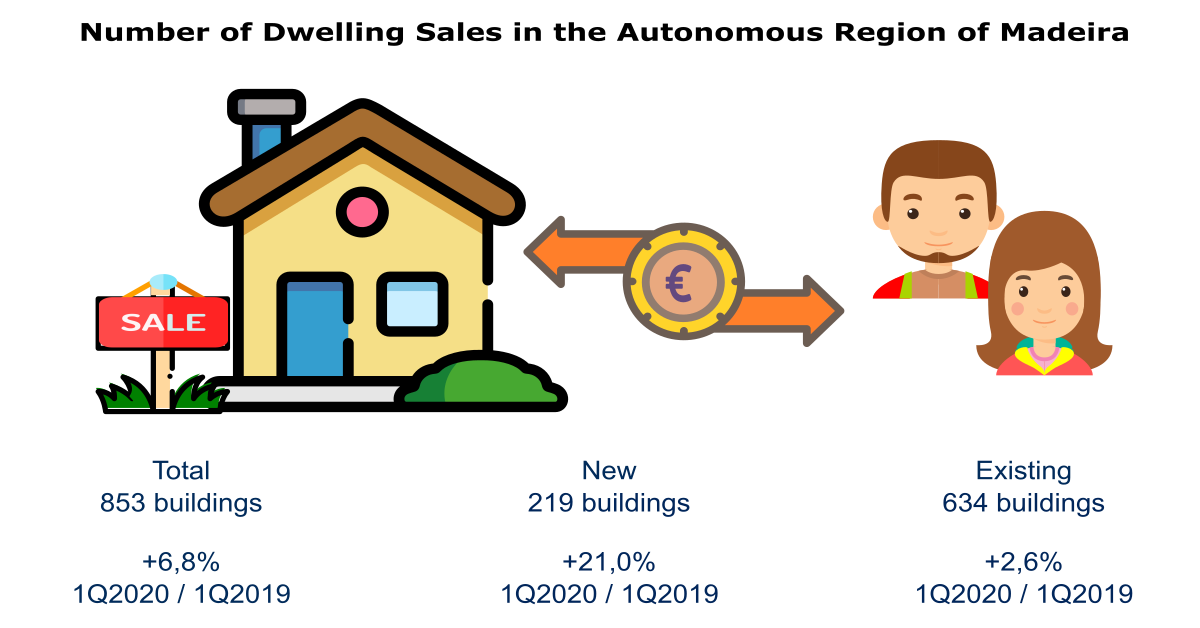