In the 1st quarter of 2017, the main fuels released for consumption (diesel oil and gasoline) in the Autonomous Region of Madeira totaled 33.1 million litres, increasing by 2.4% compared to the same period of 2016. 23.5 million litres of the main fuel – diesel oil - were released for consumption in the reference period, up by 3.9% over the same quarter of the previous year. In the case of gasolines, the demand for unleaded 95 gasoline dropped by 1.3% while the demand for unleaded 98 increased by 0.7%. The sales of these fuels were 7.8 and 1.8 million litres, respectively.

4.3 thousand tonnes of natural gas were released for consumption in the reference period, down by 8.1% from the year-ago quarter.

Mean prices increased in the 1st quarter of 2017 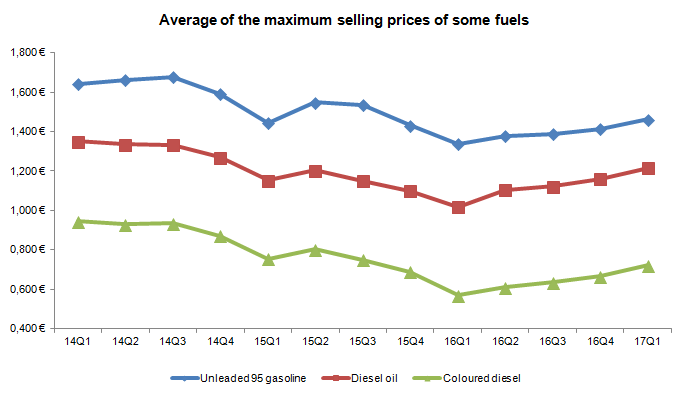