Public Employment in the Regional Administration of Madeira increased

According to the data released by the Directorate-General for Administration and Public Employment (DGAEP) on the latest issue of SIEP (Synthesis of Public Employment Statistics) – released today - there were 19,380 persons working in the Regional Government of Madeira (RGM) at 30/06/2019. Compared to the previous quarter, the change was +54 (+0.3%), and the year-on-year increase was 280 (+1.5%). Compared to the end of 2011 there was a decrease of 1,974 persons (-9.2%).

The growth registered in the RGM also occurred on all other institutional sub-sectors of the Public Administration. The Regional Administration of Azores had the highest quarterly increase (+1.0%), while the Local Administration had the most pronounced year-on-year growth (+5.5%). The general government sector the rates of growth were 0.1% from the previous quarter and 2.3% year-on-year. 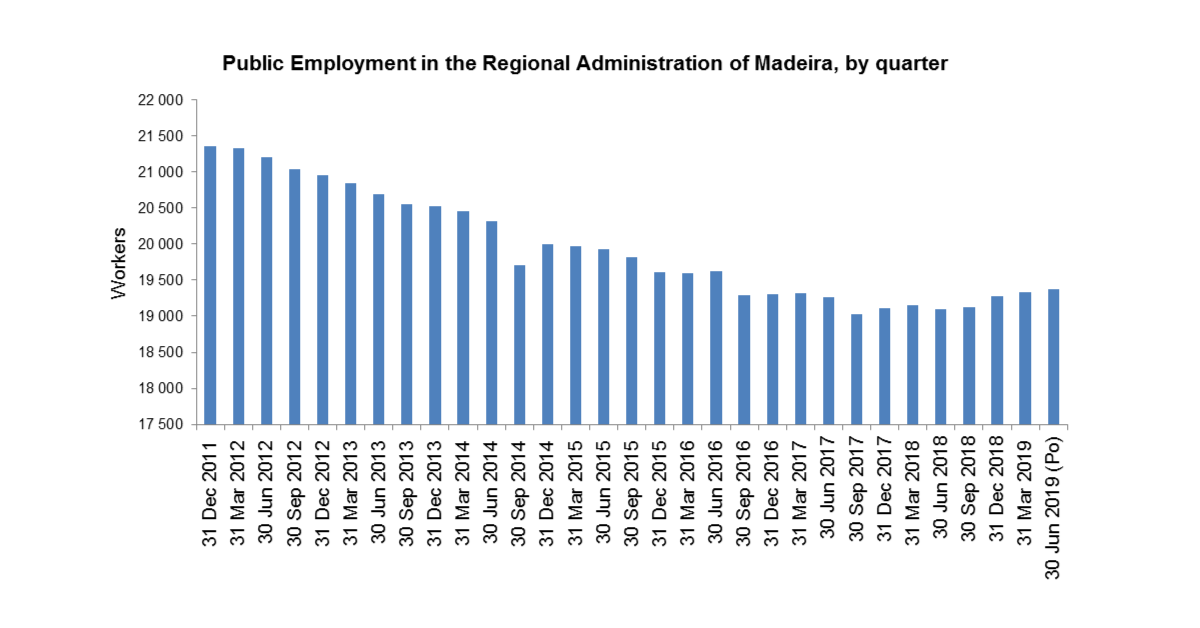 It should also be noted that some data, such as the mean age and qualifications of workers in the Regional Public Administration, were updated by DREM with information for December 2018, published in the latest issue of the Public Employment Statistical Bulletin (BOEP), released by DGAEP on June 28.

The estimated mean age of the workers of the Regional Administration of Madeira in December 2018 was 48.0 years (47.4 years a year earlier).

More than half of the RGM workers (57.2%) have higher education, 25.9% have only basic education and the remaining 16.9%, secondary education.