Aggregate of cash withdrawals and purchases through automatic payment terminals registered a year-on-year increase of 6.2%

Data provided by the Interbank Services Society (SIBS) for the third quarter of 2016 show that the aggregate of cash withdrawals and purchases through automatic payment terminals (APT) increased by 6.2% compared with the same period of the previous year (above the 6.0% increase registered in Portugal). In the aforementioned period, the rate of change of cash withdrawals was 2.3% while the purchases through ATP rose by 9.6%. In turn, the amount spent on payments had a 0.9% year-on-year (y-o-y) decrease. 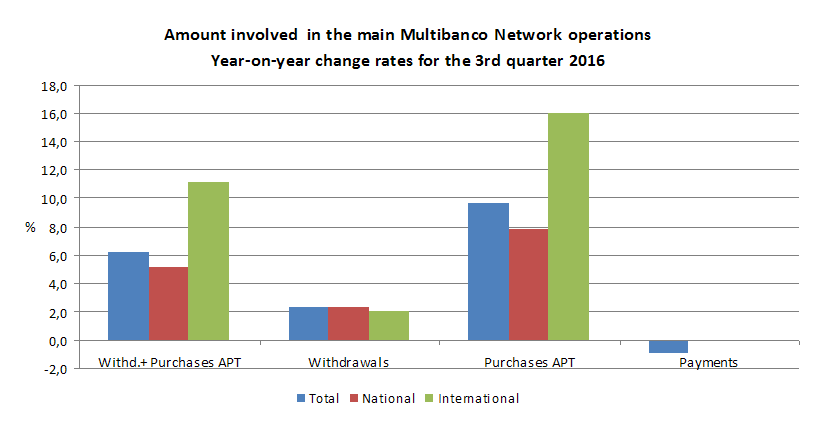 Between January and September 2016, the aggregate of cash withdrawals and purchases through ATP grew by 5.9% in Madeira and by 5.4% in Portugal, vis-à-vis the same period of 2015.