Aggregate of withdrawals and purchases through automatic payment terminals recorded a year-on-year increase of 31.4%

Data provided by the Interbank Services Society (SIBS) for the second quarter of 2022 show that the aggregate of cash withdrawals and purchases through automatic payment terminals (APT) increased by 31.4% compared with the same period of the previous year, reaching 591.8 million euros. The purchases through ATP rose by 45.3% with the cash withdrawals growing by 8.1% year-on-year.

This increase was due to the rise in the value of international cards, which went up by 163.0%, with national cards also contributing (+15.2%). 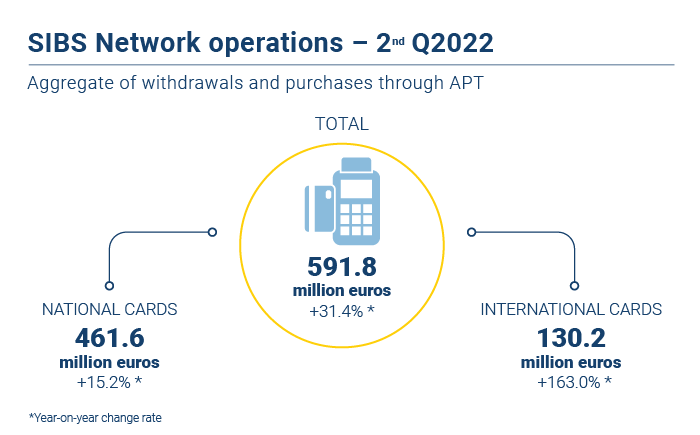 Between January and June 2022, the aggregate of withdrawals and purchases through APT grew by 30.1% in Madeira and by 27.1% in Portugal, vis-a-vis the same period of 2021. Porto Moniz led the rise, with an increase of 79.0% in this aggregate. In Funchal, which concentrated 62.3% of withdrawals added to purchases through APT, there was a +35.9% growth.