Data gathered by the Regional Directorate of Statistics of Madeira for the year 2018 show that the distributed water through the public water system stood at 26.0 million cubic metres, a 2.2% decrease from 2017. 55.9% of that total was for household consumption (55.9% in 2017).

The waste deposited in the solid waste treatment plant of Meia Serra (130.8 thousand tonnes) decreased by 1.5% compared to 2017, while the waste destined for recycling/valorisation outside the Region stood at 28.1 thousand tonnes (up by 8.5%).

The consolidated expenditure of the Regional Government of Madeira in environmental management and protection was 13.9 million euros, 48.8% of which destined to “Protection of biodiversity and landscape” (30.5% in 2017).

Information regarding the air quality index for Funchal shows that in 2017, 95.5% of the observations were rated good or very good while only 2.0% were negative.

In 2018, 17 blue flag beaches were counted and regarding the quality of bathing waters, of the 54 examined beaches, 48 were considered excellent/good.

In the reference year, 63 forest fires were registered, which consumed an area of 179 hectares, 89 ha of which of wooded area. Compared to 2017 the number of forest fires went down by 31, while the burnt  area declined by 88.6%. 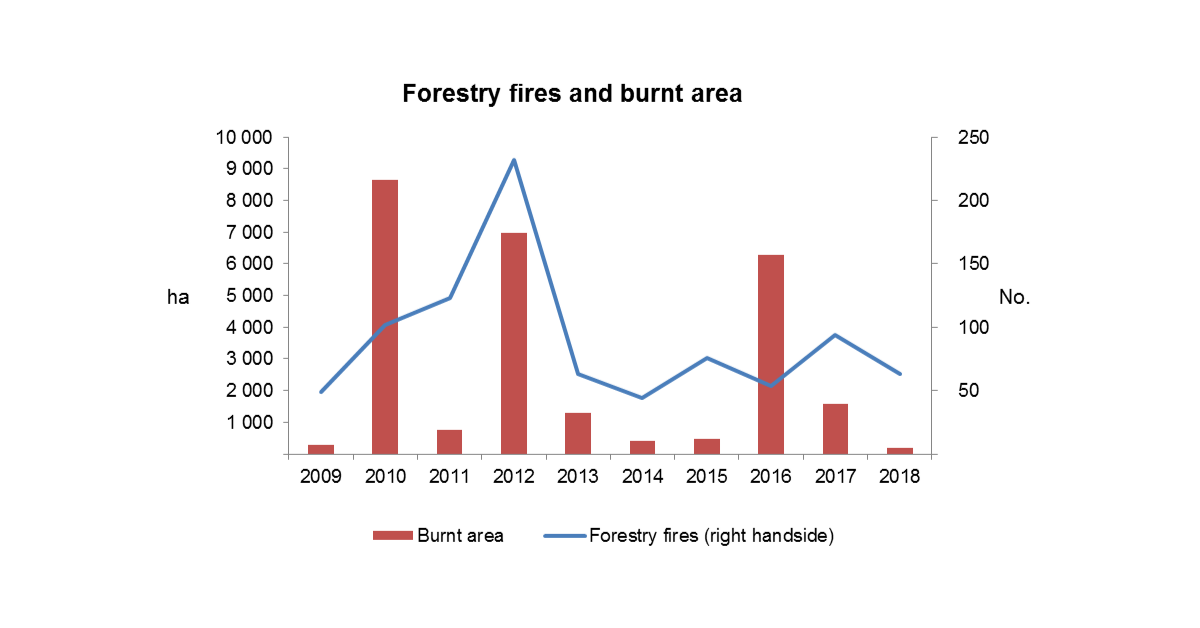 DREM also releases today on its website, the Time Series on Environmental Statistics, updated with the data for 2018.