The waste deposited in the solid waste treatment plant of Meia Serra (133.5 thousand tonnes) increased by 2.1% compared to 2018. In 2019, in this plant, the composting unit was reactivated where 2.5 thousand tonnes of waste were valorized.

The waste destined for recycling/valorisation outside the Region stood at 28.1 thousand tonnes, dropped by 3.4% over the previous year. When reading this figure, it should be noted that contrary to 2018, in 2019, tyres were valorized in Madeira and not in Mainland Portugal, meaning that valorization in the island of Madeira almost quadrupled when compared to the previous year. 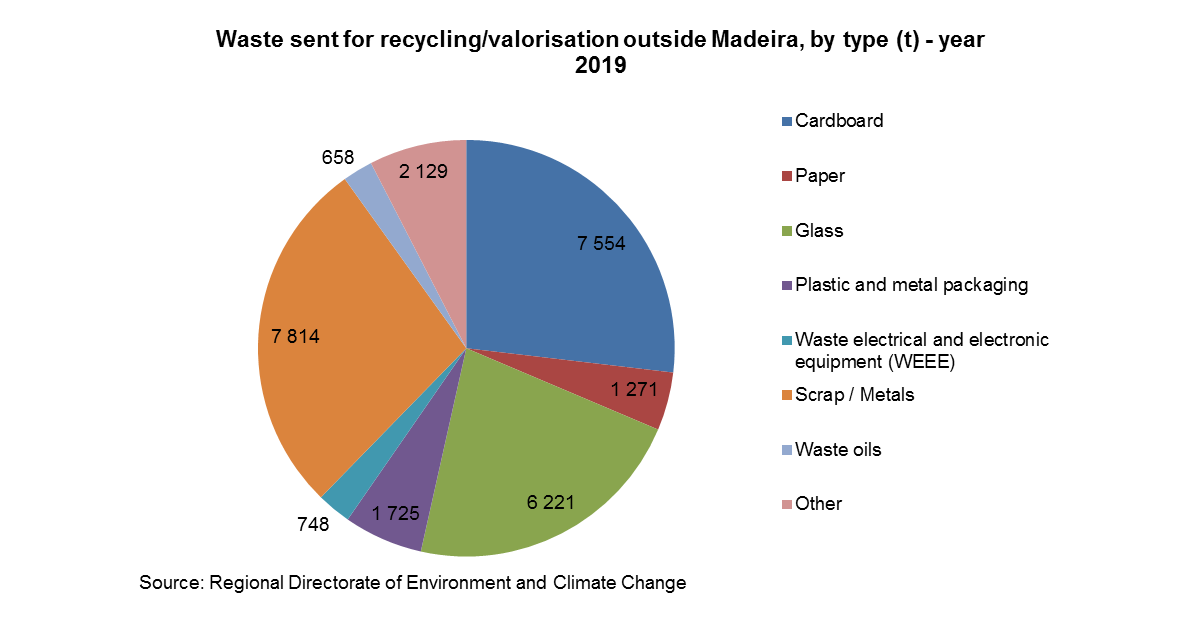