According to the information provided by Statistics Portugal (INE), in 2020, 3,168 dwellings were traded in the Autonomous Region of Madeira, down by three from 2019, which represents a  0.1% drop over the previous year. Despite the COVID-19 pandemic that was the second highest value since the starting point of the time series - 2009.

The value of transacted dwellings in the reference year was approximately 470.3 million euros, representing a 11.6% increase over the previous year. That value also represents a new maximum of the available time series. The sales value for the new dwellings stood at 141.3 million euros and for existing dwellings at 329.0 million euros, increasing by 27.7% and 5.9%, respectively. 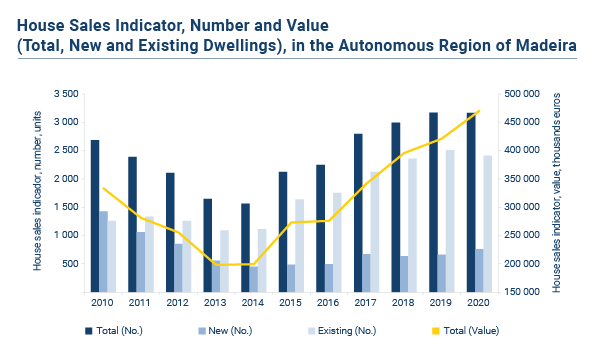