Transacted dwellings in the Autonomous Region of Madeira continued to rise

Once again, in both the number and value of dwellings transacted, the previous highs were surpassed.

In Portugal, the number of transacted dwellings in the second quarter of 2022 reached 43.6 thousand (a quarterly increase of 0.1% and a year-on-year of +4.5%). These transactions generated a sales value of 8.3 billion euros, +2.5% compared to the first quarter of 2022 and +19.5% over the same period of the previous year. 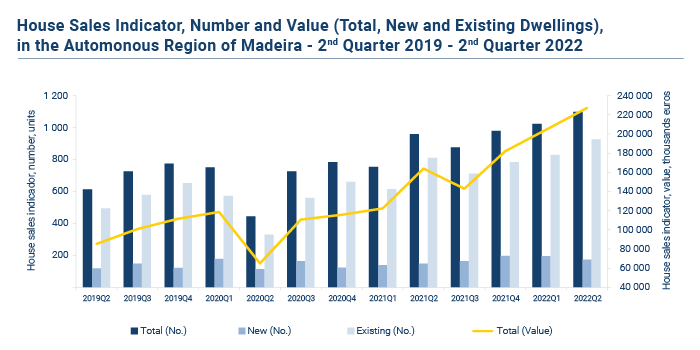