Despite the decrease in the number of banks, the commissions and interests and similar income increased over the previous year

The interests and similar incomes rose to 49.7 million euros, up by 26.1% over 2017, while the commissions received by the banks located in Madeira stood at 27.0 million euros, increasing by 0.7% from the preceding year.

In 2018, the deposit interests reached the lowest level since 1997, not exceeding 10.7 million euros. 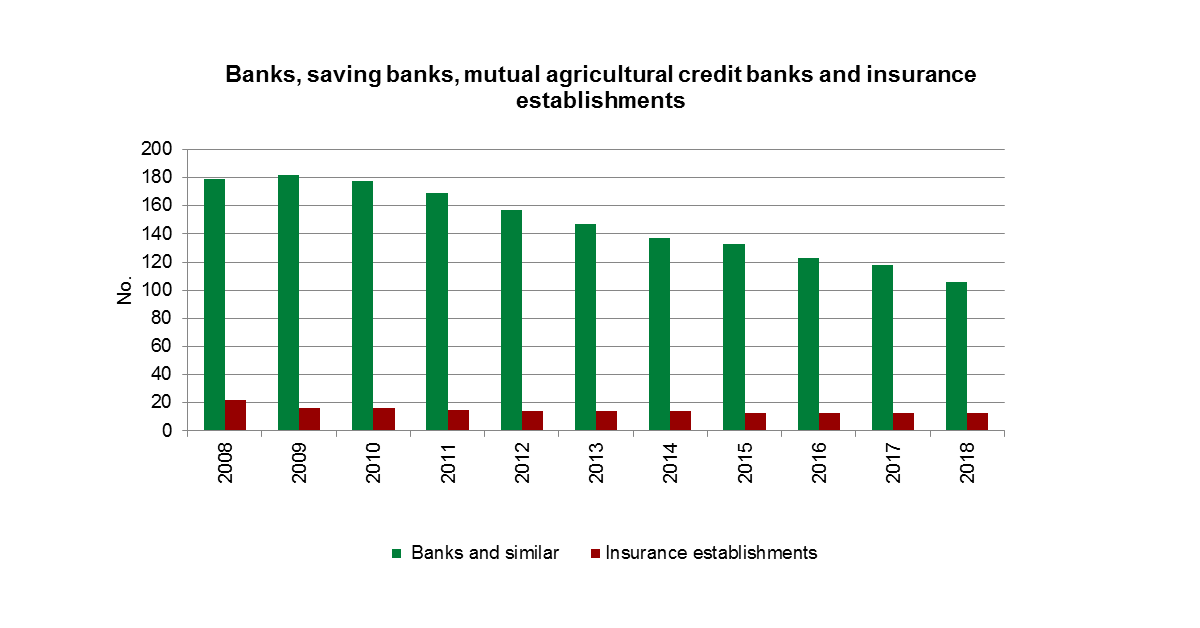 The establishments of the insurance sector in the Autonomous Region of Madeira issued 49.9 million euros of gross premiums in 2018, down by 26.7% from the previous year, but in line with the results of 2011-2016.