Aggregate of withdrawals and purchases through automatic payment terminals registered a year-on-year increase of 0.8%, despite the pronounced drop in March

Data provided by the Interbank Services Society (SIBS) for the first quarter of 2020 show that the aggregate of cash withdrawals and purchases through automatic payment terminals (APT) increased by 0.8% compared with the same period of the previous year, whereas in Portugal there was a 1.0% decrease. While the cash withdrawals went down by 4.1%, the purchases through ATP increased by 4.3%. In turn, compared to the corresponding period of the previous year, the amount spent on payments went up by 5.7%.

The growth rates in the three months of the quarter were uneven. While in January in February, the aggregate of cash withdrawals and purchases through ATP increased by 8.1% and 10.8%, respectively, in March this indicator plummeted by 15.3%, due to the strict measures to contain the new coronavirus pandemic, which affected the daily life of residents and had a devastating effect in Tourism.

In the month of March and compared to the same month a year before the cash withdrawals and purchases through ATP made with national cards in March declined by 11.7% while those made with international cards plummeted by 34.6%. 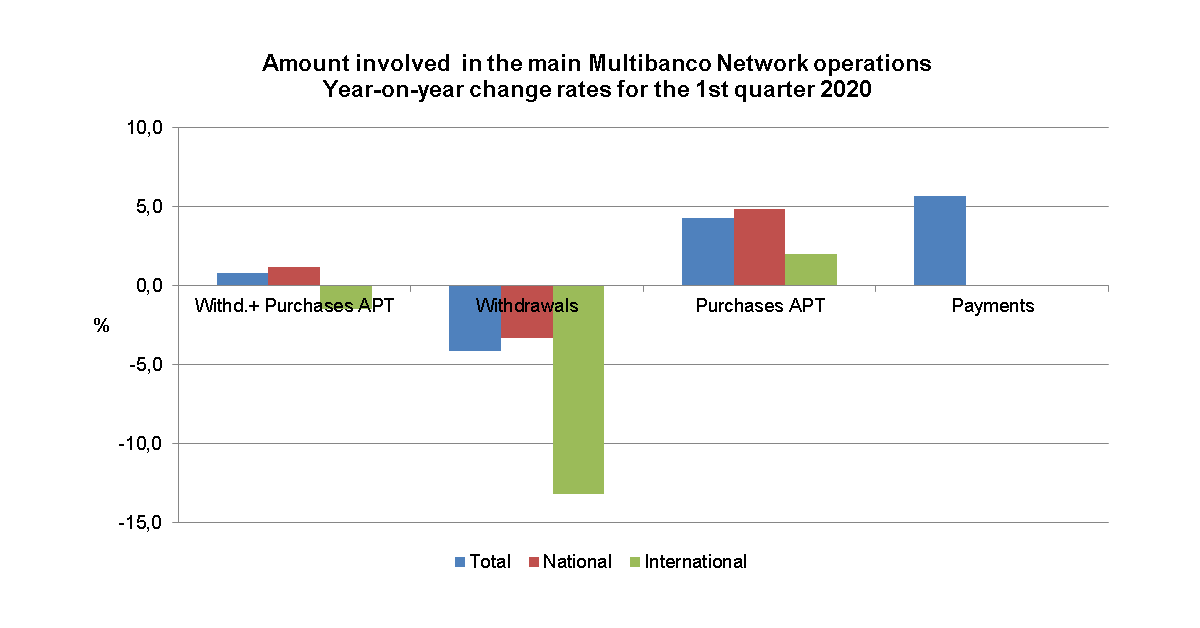