In the period January to September 2017

Between January and September 2017, the weight of the slaughtered livestock decreased by 4.9% year-on-year, while the year-on-year drop for the 3rd quarter stood at -6.8%.

Furthermore, the results for the third quarter of 2017 contributed to fisheries sector growth, with changes of +112.9% in quantities of landed catch and +96.0% in the first sale value. 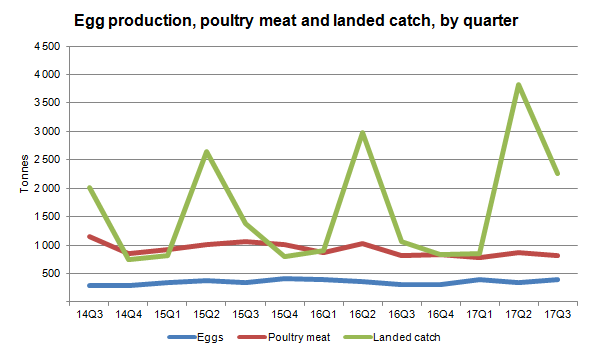