According to preliminary data in the Region’s trade balance of goods with foreign countries stood at -19.9 million Euros in the first half of 2016, representing a coverage rate of imports by exports of 67.8%. In the same period of last year, the balance between exports and imports was -14.4 million Euros and the coverage rate reached 78.0%. 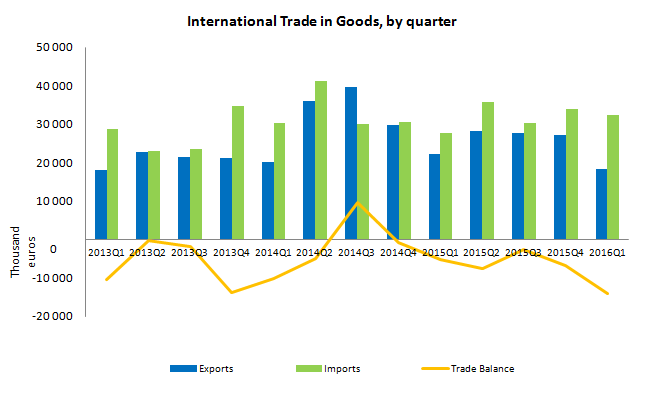 Although this series contains data from 1976 to 2015, the figures are more detailed for the period from 1993 onwards. A summary table with the main results for 1976-1992, which includes information about the trade with the rest of the country, i.e. Mainland Portugal and the Azores, is also available.

Besides the breakdown by intra and extra-EU trade, the data is available according to: