Number of establishments of non-financial enterprises, employees and turnover increased over 2017

The Regional Directorate of Statistics of Madeira (DREM), after having released final data for 2018 last February regarding enterprises, makes available today on its official statistics portal, the final data for the establishments of non-financial enterprises located in the Region for that same year.

In 2018, there were 29,779 establishments of non-financial enterprises in the Autonomous Region of Madeira that employed 81,475 persons, having generated a turnover of 5.8 billion euros. 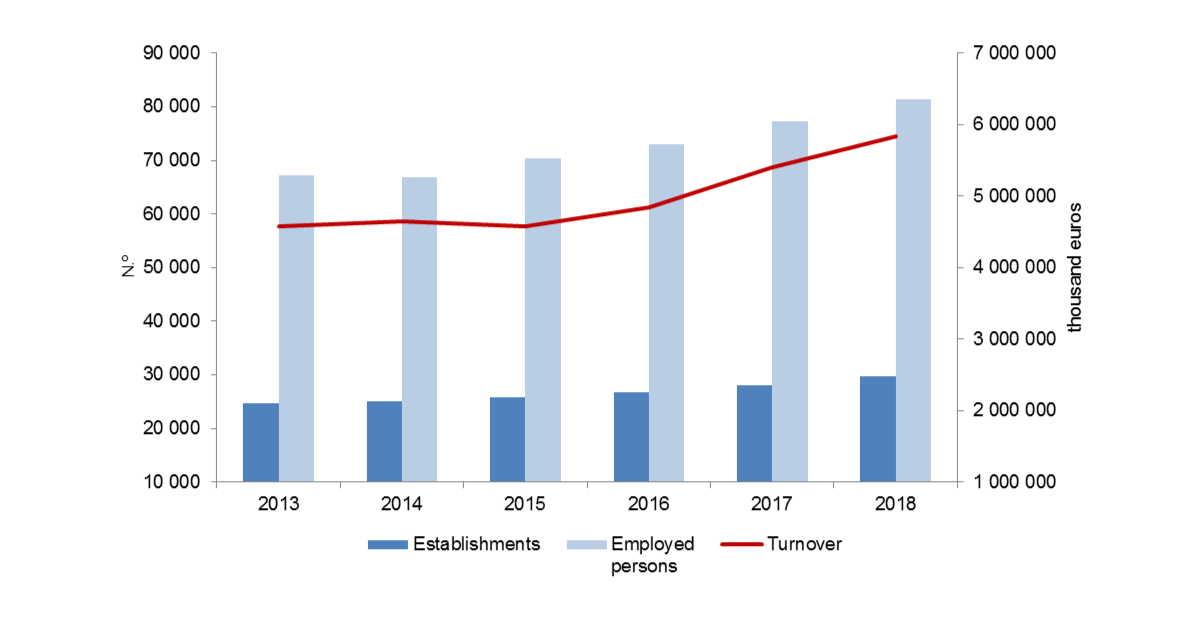 Compared to the preceding year, the number of establishments grew by 6.2%, with the “Electricity, gas, steam, cold and hot water and cold air” sector (+20.3%), the “Accommodation and food service activities” (+18.4%) and “Real estate activities” (+13.4%) standing out.

The turnover of the establishments of non-financial companies registered an increase compared to the previous year (+8.0%), with “Consultancy, scientific and technical activities” (+27.5%), “Mining and quarrying” (+23.5%), and “Construction” (+18.5%) having the highest growth rates. It should be noted that “Wholesale and retail trade; repair of motor vehicles and motorcycles” (40.7%), “Accommodation and food service activities” (13.2%) and “Construction” (9.5%) are those which have a greater preponderance in the total turnover.