Land transport – Pandemic determined a decline in the main indicators

According to the data compiled by the Regional Directorate of Statistics of Madeira, the passenger transport by bus in the 1st half of this year stood at 8.1 million. Between January and June of 2020, 5.3 million passengers were counted in the urban lines (year-on-year change rate of -38.2%) and 2.8 million in the intercity lines. In the 2nd quarter 2020, the number of transported passengers by bus was less than a third compared to the same quarter of the previous year.

In the first six months of 2020, the Vehicle Registration Offices of Madeira reported a transfer of 4,814 used vehicles, 81.3% of which were light passenger and 15.5% light cargo vehicles. 149 heavy used vehicles were registered, about 3.1% of the total. Compared to the year-ago period, the vehicle sale registries of used cars decreased by 27.9%. In the 2nd quarter there was a 52.5% drop compared to the same period of the previous year.

Maritime transport – Passenger traffic in the Madeira – Porto Santo sea line decreased as well as the movement of goods.

In sea transport, the Ports authority counted 68 cruise ships in the seaport of Funchal in the first half of 2020 (down by 83 compared to the first half of the previous year). The number of passengers in transit also decreased by 54.4%. Due to the pandemic no cruise ships docked in the ports of the Autonomous Region of Madeira during the 2nd quarter 2020. 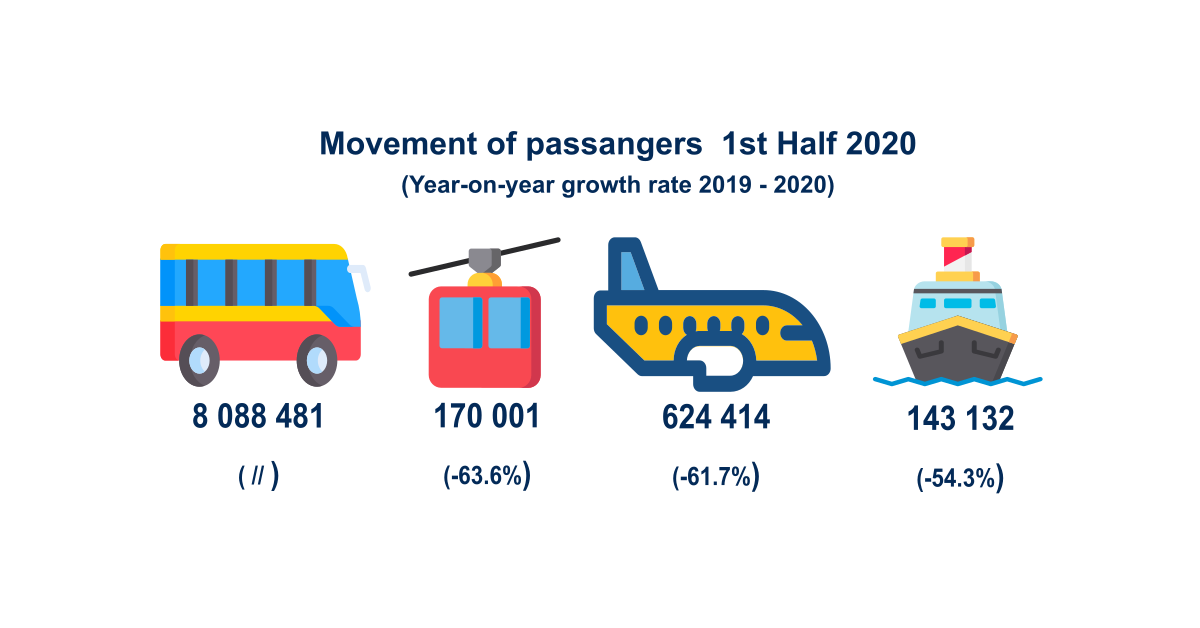